A Place Where Everybody Knows Your Name 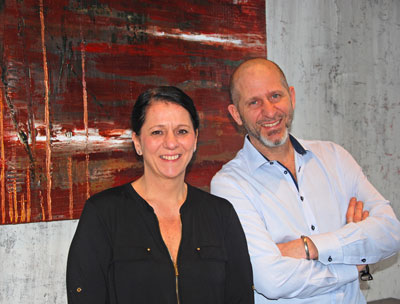 Twenty-five years ago, two long-time “East Yorkers” decided that their beloved community needed a neighbourhood meeting spot. It would be a place where friends and families could gather together over food. “It was a different time back then,” explains founder Tom Zoras, “It was a time when it was possible to move ahead on a dream right away.”

Tom had always set his sights on becoming an entrepreneur, so after high school, he focused on the hospitality and service business. When he found a great location (with lots of parking), the result was the restaurant, Jawny Bakers. Tom and his sister, Olga Kiriakou, have co-managed the restaurant from the beginning. Both grew up in the area, attended local schools, and both graduated from, including East York Collegiate. Olga still lives nearby.

“What can I say,” says Tom, “I’ve always been a proud East Yorker”.

The restaurant, in fact is, truly a family affair. Their father works at the restaurant as the produce manager, which keeps him busy considering the wide variety of fresh fruits and vegetables offered on the menu. And last year, Olga’s 12-year-old son, Evan, made it to the final 24 junior chefs on Chopped Canada Junior Champions. Evan has always loved helping out at his mom’s restaurant.

In keeping with being “the local spot,” Jawny Bakers focuses on what its many neighbourhood customers want. The restaurant offers Gluten-Free and various vegetarian options. As well, Just For Kids menus.

Tom takes pride in the fact that most of the menu items are made from scratch in the kitchen, featuring Canadian and locally-sourced food. Their popular ribs are from Ontario and the steaks are Triple-A Canadian.

Customers often remark on how comfortable they feel in the restaurant and the great service. It is no surprise that many of the 35 full or part-time employees are long term, some as long as 20 years.

There have been various renovations over the years, including the patio and the “O’Connor” room. This spring, “The Studio” will open as a separate event venue for receptions and parties.

Over the years, Jawny Bakers, together with its partners, has raised over $1 million in support of various causes across the GTA, including local sports teams, schools and churches. As a true “neighbour,” however, their largest outreach commitment has been with the Providence Healthcare Foundation. As part of his involvement, Tom has been part of the Men Advancing Philanthropy, including co-chair of the committee.

This year the restaurant celebrates its 25th birthday, look for more events and announcements. As for the name Jawny Bakers? Tom wishes he had a more exciting story to tell, “It just means a place where anyone can go, like someone called “Jawny Baker,” he says.