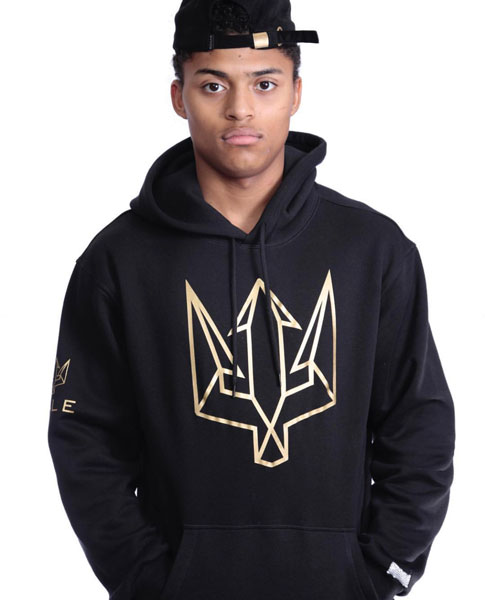 It’s been a hockey kid’s dream come true for this young Toronto-born hockey star. This past January, Akil Thomas scored the winning goal for Team Canada. His powerful backhand goal won the World Junior Hockey gold medal against Russia. It was shot into the net with just 3:58 left on the clock—and then, the crowd went wild – especially his family. Even his mother Akilah, who had to watch the game on her cell phone because she was travelling at the time on business, was cheering!

One of five siblings (one brother and three sisters), Akil’s family has always been there, cheering him on. When the team landed at Pearson International Airport this January, he was greeted by about two dozen family members plus many friends and fans.

Akil can’t remember when he first put on skates because he was likely two or 3 years of age. But he says he’s been “obsessed with hockey” ever since. “I just love hockey”, he says. “I do it every day. I’ve always done it every day. Life wouldn’t feel right without it!”

Born in Scarborough, hockey is truly in Akil’s blood. The 5’ 11” forward, who turned 20 just 3 days before the big game, certainly is familiar with the “hockey life”.

His father, Kahlil, is originally from Toronto. Both his father and his uncle spent their careers playing professional hockey in minor leagues.

This meant that the first decade of Akil’s life was spent moving around a lot. Although he was born in Toronto, the family moved to Mississippi, then to Flint, then Oklahoma then Orlando to Jacksonville and then back to Orlando.

But it was in Florida where he played hockey the most—something that was not always easy in a southern state. “There weren’t many rinks,” he says, “so it was hard to get enough ice time.” It meant that Akil ended up playing on 3 teams at a time, mostly at the level of Canadian “select” teams. 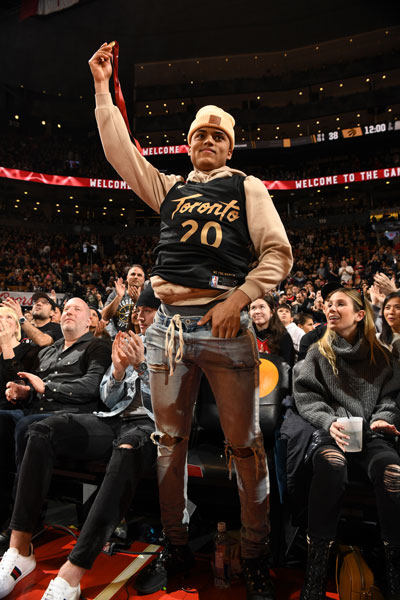 This all changed when the family moved back to Toronto when he was 11. Now enrolled first at Upper Canada College and then St. Mike’s, Akil had the opportunity to develop his skills and move up through the GTHL, and then the OHA. He played with the Toronto Nationals (Triple A), followed by the Toronto Marlies. A big step was being drafted by the OHL. He’s played the last 4 years with the Niagara IceDogs, and just recently joined the Peterborough Petes. He also managed to attend Brock University along the way!

And every step of the way, he’s embraced the game of hockey.

“I love everything about the game,” he says, “Even when life gets tough, hockey is a good way to get my mind off things. I just spend some time shooting the puck, stickhandling, practising shots.”

“I just could say that hockey gives me my self-esteem”

On a typical day, he would have a practice at 8:30 am, and then watch a video with the team as part of coaching, followed by an afternoon workout at 3:15, and then a game in the evening. “I eat a lot but can’t seem to ever gain weight.” Right now, he says his favourite food is French toast (he just finished eating a big plate of it!)

Akil appreciates the opportunities given to him as a professional sports figure. For example, he described at a recent volunteer visit to a local hospital where a woman came up to him and asked that he say a few words to her son, who was dying of cancer. “It’s very special to me,” says Akil, “that I am in the position to be an influence, especially when I’m off the ice, and can do something for others.”

Akil is clearly a special kind of guy. In the words of his former IceDogs Head Coach Billy Burke, “He’s mature. He’s humble. He goes out of his way to help the guys. You will never see him pointing the finger at anyone but himself. He has a great future ahead of him.”

So, should all Canadian kids get a chance to play hockey? Akil wouldn’t limit it to hockey. “Sports in general are so important,” he says, “It’s hard to imagine a life without playing a sport. When you think of the kinds of violence we see these days in a city like Toronto, it makes you hope that if a young person gets involved in a sport, it keeps them out of trouble.”

“It’s not just the overall discipline of having to show up and do the sport,” he adds. “Sports steer you in the right direction. It teaches you, life lessons. And when you’re on a team, you’re less likely to do ‘something stupid’, because it could get you kicked off the team.”

We’ll all be watching Akil in the future. He was drafted by the Los Angeles Kings in the second round (51st overall) in the 2018 NHL Draft, which means he’ll attend the King’s Training Camp this September, and hopefully, get his chance to play his first NHL game.

Of course, he’s thrilled to be part of the King’s organization but he’s still a “Leafs” fan — “Hey he said, I grew up in Toronto!” he adds.