A Journey Between Two Small Towns at the Water 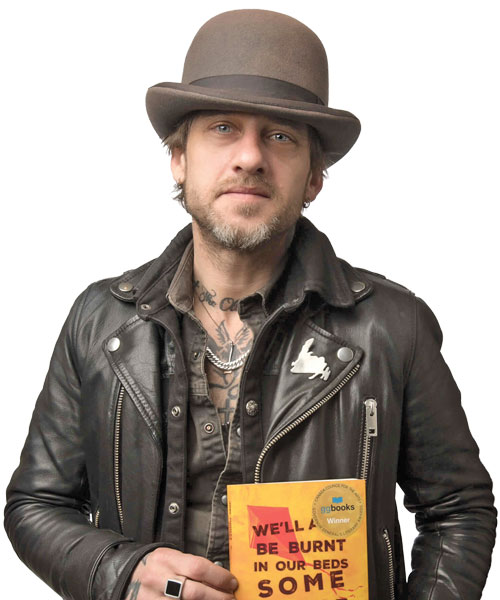 Accomplished multidisciplinary artist, Joel Thomas Hynes is an actor, creator and executive producer of the hit CBC comedy series Little Dog, and author of 2017 Governor General’s Award for Fiction winner for his latest novel “We’ll All Be Burnt in Our Beds Some Night ”. His recent triumph Little Dog, aired in 2018, is known for its full-on Newfoundland humour.

Over the past decade, Joel’s has taken on roles in film, television, and plays. His most favourite project was starring in a film adaptation of his novel Cast No Shadows, where he plays the father and his son Percy, who was 12 at the time, plays his son.

These days, for part of the year, Joel has made a home in the Beaches, place he describes as the first time he’s had “a real sense of community” in Ontario.  It’s mostly about the people, but living by the water is a big factor.

Born in Calvert, a tiny village on the east coast of Newfoundland, with a population of about 350 people. He says that he “grew up working with cod fish,” and like many from small, close-knit places, “was brought up by the community.”

Despite the charm of a fishing village, the life in Calvert was not going to be enough for Joel. “At 16, I got out of there as quick as I could,” he says, “Newfoundland will always be home, but it’s a complicated environment.”  He first hung around what is known as the “Irish Loop” (the southern shore of the Avalon Peninsula), where he was part of various bands, and hitchhiked around the province with a knapsack full of books and CDs. Life wasn’t easy, and he admits getting into trouble with drugs and alcohol until he was taken in by his Uncle and Aunt. His Uncle, acclaimed folk singer Ron Hynes, offered him a chance to start writing songs and tour. It would be his first taste of being part of a music scene. 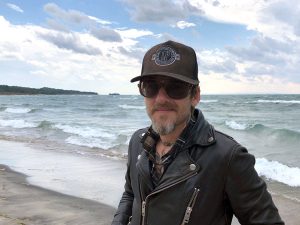 “When I began to travel with him I also fell into the arts community,” says Joel. “I was first interested in acting, but I soon realized that most actors can’t make a career from just the stage without going broke, so like many others, I turned to writing.”

It turned out to be a good choice. At 29, Joel’s first book, “Down to the Dirt”, was published, and won the Percy James First Book Award. “Down to the Dirt” soon became an audio book, and then, made into a film. It was followed two years later by “Right Away Monday”, and “Say Nothing Saw Wood”.

Joel has been called by some the “bad boy of Canadian literature” because of his tough, often troubled characters, the unsavoury lifestyles they choose, and the often dark but comic situations they find themselves in. His work is fresh, creative, full of intrigue, and with its deep cultural roots drawn from Joel’s Newfoundland roots. 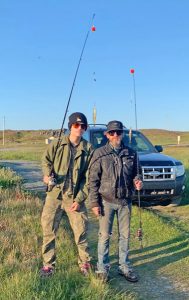 In 2013, Hynes moved to Toronto to be closer to Percy and “make a go of it” in Ontario. After trying out various neighbourhoods, he settled in the Beaches, and has never regretted the decision. I love it here. I feel a lot more at ease living by the lake. There’s an illusion of space in the Beaches that you don’t get in an urbanized environment.

Joel also appreciates the sense of community, and admits to doing all his Christmas shopping on Queen Street. “You run into the same people all the time and you really feel you are part of a community.”

In his spare time, Joel enjoys boxing, rebuilding old motorcycles, and walking in the woods with his small dog. He does have a place outside the city, but he also appreciates the green nature of Toronto, with its many parks, including High Park, the Bluffs and the Brickworks. He stays very close to his son Percy, now a well-known actor in his own right. Percy is known for his role in The Gifted and the Marvel X-Men television series.

It’s hard to say what’s next for Joel. He’ll be pitching a new TV show this fall, a series he describes as a dark Sci-Fi crime drama with Cameron Pictures. And there’s more writing to do. “I feel miserable if I don’t have a novel in my head, I have one now, but it’s not quite ready.”

“Whatever ideas come across my head is what I’ll work on next. I don’t know at first whether it is music, a song or a novel.”