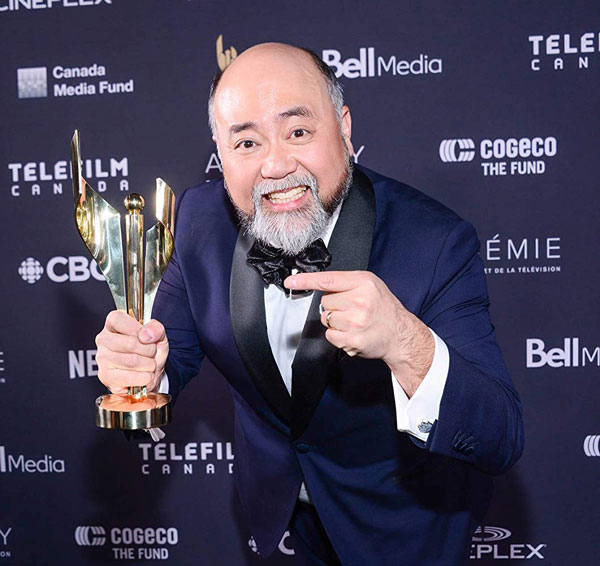 “You don’t have to preach diversity,” says Canadian actor, Paul Sun-Hyung Lee, “you just have to live it. “

He then modestly reminds us that he didn’t come up with that quote, but it’s how he lives his life, particularly in his award winning role as Appa, where he plays the storeowner family patriarch in the new CBC Kim’s Convenience.

The character “Appa” has been described as a blend of Archie Bunker and King of Kensington. As father and head of a Korean immigrant family, Appa is known for making outrageous comments, which come from his old school way of thinking. Like most people, he doesn’t do it because he’s trying to be hurtful. He just doesn’t think. But when Appa is forced to face the consequences of what he’s said, he changes his behavior. Because in the end, like the rest of us, he wants to be a better person, both for himself and for his family.

For Paul, it is clear why Kim’s Convenience has been so popular. The story and the situations each week resonate with so many people who have made a new life for themselves in a new country. “Canada is an immigrant country,” Paul says, “With the exception of indigenous people, everyone has come here from somewhere else. [Like the family in the show], they have taken that journey of packing their bags and travelling to a different nation, in many instances, in order to give themselves and their children better opportunities.”

“What I love to hear most is how families of all ages sit down together to watch Kim’s Convenience. It resonates with them. It’s not preachy, it’s not condemning, it just tells their story. What happens on the show creates awareness of how we can change the way we think—because when we think differently—we then act differently.”

Learning to accept one’s story has been a journey for Paul. When he was 3 months old, his parents immigrated to Canada from Daejeon, South Korea. The family first lived in London, Ontario, and then moved to Toronto where his parents ran a convenience store, “Chez Lee” at the corner of Wellesley and Sherbourne. The family lived upstairs, just like the family in Kim’s Convenience. But when Paul was in grade 2, they moved to Calgary Alberta. Again, his parents worked in small shops: his mother had a Mac’s Milk convenience store and his father, a Fish and Chips store.

“Calgary is where I was raised,” states Paul deliberately, “But when I came to Toronto to attend the drama program at the University of Toronto, Toronto is where I grew up!” 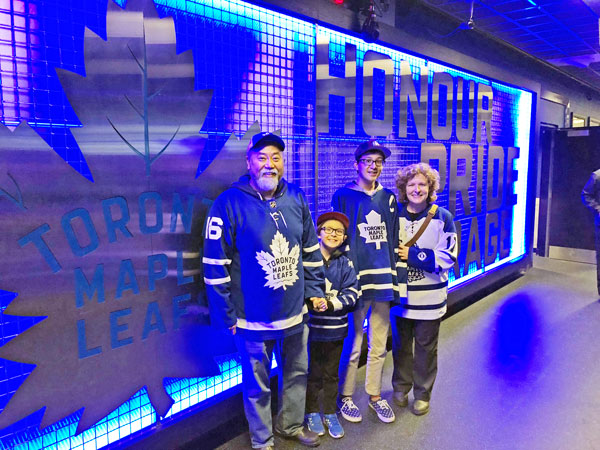 As a child, Paul often felt isolated. There were very few Korean families, which brought out a sense of rebellion about how he fit in. For a long time, he didn’t want to be Korean. He wanted soup and sandwiches for lunch, not kimbap (Korean sushi roll); he didn’t even want to sound Korean.

Losing some of his accent, however, came back to haunt him when he was cast to play a Korean airline pilot in his first dramatic role for the movie Mayday. When rehearsals began, he wasn’t able to properly do a Korean accent. “It was terrible!” he recalls. “As a result, the director gave my lines to the co pilot. That was so embarrassing!”

Undaunted, Paul landed another role that many remember him for before his Kim’s Convenience fame: he played the manager of the restaurant on the show Degrassi High, where many of the students worked. “I loved my character on Degrassi,” he says, “Tong isn’t known by any other description than just the Asian guy who manages this crazy little restaurant called Little Miss Steaks. Everyone likes him just because he’s Tong.”

Landing the role of Appa, however, was a defining moment in his career. “It was like catching lightning in a bottle”, he says, “because it was a dream shared by many unknown playwrights and actors.” The play debuted in 2011 at Toronto’s Fringe Festival and then was picked up as a TV show. Lee actually helped the playwright’s Ins Choi develop the character of Appa.

Choi needed an older actor to play the lead, Appa. Paul describes what it was like when he read the first two scenes. Almost immediately, he realized that the story he was telling was the story of his parents, the story of his family, the story of so many immigrant families like them. “Somehow out of my mouth, my dad’s voice spilled out,“ he recalls.

“For so many years, I had been denying my family’s story, because you are raised in a culture and have grown to accept that everybody else’s story is normal, you believe that your story isn’t important. But all of a sudden, this was my dad.”

For Paul’s young family, he sees a much different way of growing up. Living in East York with his wife Anna, their sons Miles 9 and Noah 14 have a much more accepting and diverse upbringing than his own back in Calgary.

“Today’s younger generations in Toronto are being raised in a homogeneous society. With our diverse city and the Internet connecting everyone around the world, being Asian doesn’t mean you are different. In fact, it’s even “cool” to have sushi in your lunch!” (Miles attends RH McGregor Public School and Noah just started at Rosedale School for the Arts.)

“I’m so happy that things are different for our boys,” says Paul. “It fills me with hope.”

A huge Star Wars fan, Paul also wants to put on record his abiding love of the franchise, and the order in which he ranks the movies: #1 The Empire Strikes Back, #2 The Last Jedi, #3 Rogue One, #4 A New Hope (Original), #5 Return of the Jedi.