Blue Rodeo From Juno to Hockey & Everything in Between 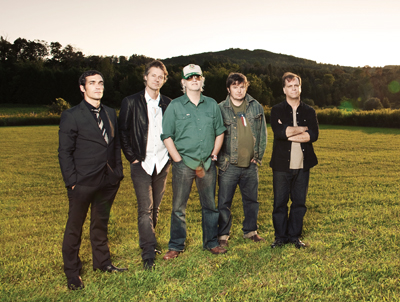 Despite their internationally renowned fame and success that Blue Rodeo have accumulated in their 25-year career, the members of Blue Rodeo haven’t forsaken their Toronto roots. Co-frontman Jim Cuddy and his wife Rena Polley have lived in the same East Toronto neighbourhood for over 20 years, where they’ve raised three child-ren together: Devin, 22, Emma, 21, and Sam, 17. “My son was born the day we started making our very first record,” says Jim. “Our recording career is exactly as old as my eldest son.”

Both Jim and co-founder Greg Keelor were born in Toronto. Jim was raised in Montreal, but moved back here with his family when he was thirteen. He met Greg while they were both attending North Toronto Collegiate. “I always had such strong feelings for Toronto, and especially the Toronto Maple Leafs when I was a kid. I was born here. So it was a great thrill to me when my dad said we were moving to Toronto.” 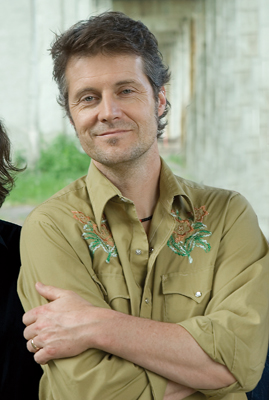 These days, when not out on tour, Jim plays in a local ball hockey league and watches his beloved Maple Leafs whenever possible, while Greg spends most of his spare time on his farm north east of the city.

Blue Rodeo recently set up a new headquarters and recording studio just off Danforth in the heart of trendy Greektown. Being close to so many shops and restaurants was important, says Jim, because during the stress of recording a new album over a period of many months, they can just step outside for a coffee or go for a stroll on the Danforth when they need a break. “It makes everybody feel a little more normal.”

Being in Blue Rodeo has also given band members opportunities to travel to many places around the world, as well as all over Canada and the U.S. “Because of Blue Rodeo,” Jim says, “I’ve connected with my Irish relatives. My dad’s people come from Northern Ireland, and going up there with the band gave me an opportunity to go and meet them all. We’ve sort of forged a connection with the family in Northern Ireland and that’s been directly because of Blue Rodeo.”

“I think one of the nicest things about touring with the band is that you have an automatic entrance into people’s lives,” Jim continues. “Because somebody’s putting on the show, and they’re taking you somewhere for dinner that they know, you meet other people, maybe it’s an opening band – it’s actually quite enjoyable, we’re really like tourists.”
But staying fit and healthy while on road is a challenge. For Greg, the solution is yoga and exercise, and for Jim, it’s hockey.“I take my hockey gear on the road with me, and I’ve created a whole network of games across the country, people I play with on a regular basis. I could almost play in some league games, I come to some places so often.”

And for relaxation, Jim likes to indulge in his other passion, wine. “I really like wine. Wine is a big preoccupation with me – hunting it down, trying new stuff.”

Jim looks forward to discovering new labels as he hits the road this winter with the rest of the band – Greg Keelor, bassist Bazil Donovan, drummer Glenn Milchem and multi-instrumentalist Bob Egan, to promote their newest album, The Things We Left Behind.  They’ll play Massey Hall February 2nd & 3rd. 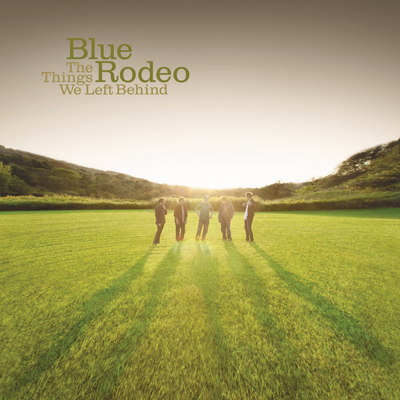 Blue Rodeo is one of Canada’s most successful and enduring bands, selling over four million albums, and winning five Juno Awards for Group of the Year. They were inducted into Toronto’s Walk of Fame in September. They will be featured performers in Vancouver at the 2010 Winter Olympics.

To find out more about Blue Rodeo’s busy live concert schedule in Ontario and across Canada, or to find out the latest news about the band visit BlueRodeo.com.