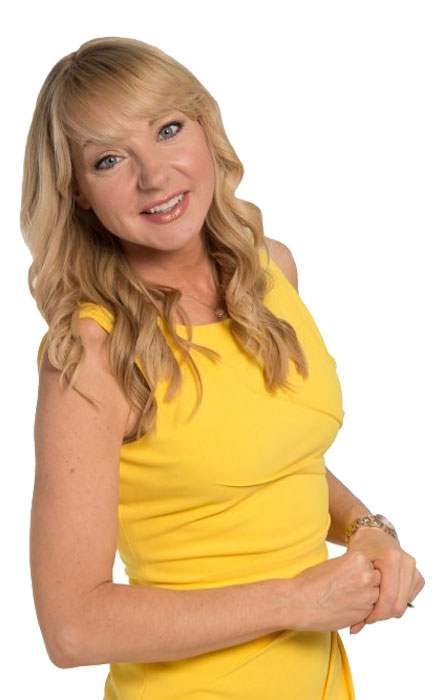 You probably have seen her on the New Year’s Eve Special, broadcast each year on CBC for New Year’s Eve. Liza Minnelli, Michael Jackson and Celine Dion, are just some of the many celebrities impersonated by Canadian comedian, Jessica Holmes.

As a stand-up comic, Jessica has opened for comedians such as Jerry Seinfeld, Russell Peters and Ellen DeGeneres, as well as hosted events for celebrities such as Deepak Chopra, Tony Robbins, and Oprah Winfrey.

Today as a comedian, motivational speaker, author, and a mother of two, Jessica admits “It’s pretty much a comedy show every night at our house.”

There doesn’t seem to be any doubt that Jessica was headed for a career on the stage. Born and raised in Ottawa, Jessica attended Canterbury High School of the Arts, where she majored in drama. It was there that her English teacher Jane Moore coached Jessica and her friends on the school’s improv team. The team won gold at the Canadian High School Improv Games, and Jessica has never forgotten that particular teacher!

Jessica then moved to Toronto after high school and majored in writing at Ryerson’s Radio & Television Arts BFA program. Once again, she found that she always ended up spending her free time doing comedy.

During this time at Ryerson, she acted in and directed the annual sketch comedy show, RIOT! There were a few of the performers that dared each other to try stand up. Her various ventures led her to amateur night at The Laugh Resort, where she felt that she was definitely “hooked” on comedy as a career.

It wasn’t long before this young talent was noticed in the comedy community by writers and producers at Canadian comedy “institutions” such as The Second City and Just for Laughs, and television shows like Little Big Kid and The Itch.

Next, came her one-woman television special Holmes Alone, which was nominated for a Gemini Award. That special was the inspiration for her popular sketch series The Holmes Show, a Carol Burnett style series with a variety of characters and impressions.

Her big break came when she joined the cast of the Royal Canadian Air Farce in 2003. As the story goes, she had actually applied to be their secretary five years earlier, and been turned down… they still have her typing test!

“It’s so great for me,” says Jessica, “because when I’m doing my own shows, I have to do my own writing, get my own costumes and sets, but with Air Farce all I have to do is show up and do the comedy!”

Jessica and original cast member of Air Farce, Luba Goy, have become good friends since Jessica joined the show. “Luba was great about accepting me as part of the group and working together,” says Jessica, “She’s a great person and mentor.” 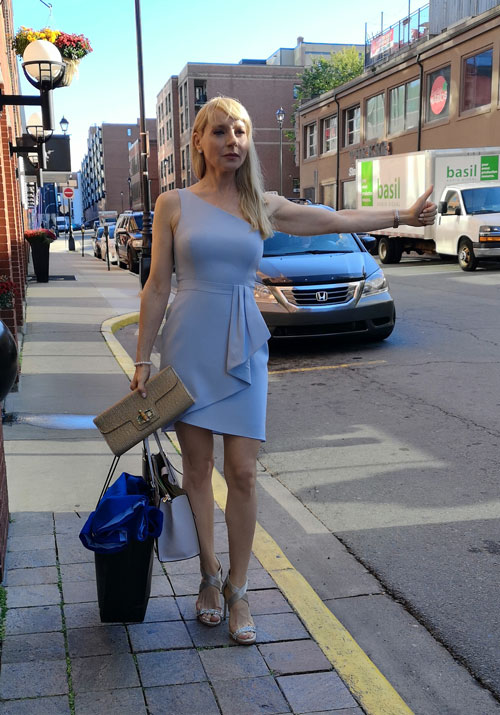 Although Air Farce is no longer a weekly show, each year the Air Farce group gets together to create a New Year’s special for CBC. This year is no exception. Work has already begun on the 2019 New Year’s Eve show.

Along the way to comedy success, life took a turn for Jessica. Following the birth of her second child, she experienced postpartum depression. She recovered only to experience depression once again. This time it caused her to leave her job at Air Farce in order to take time to recover.

True to her nature, Jessica turned her experience into something that could help others—talking about her illness and recovery through comedy. She was doing keynote presentations when she developed a comedic keynote about depression to make the topic more public.

Jessica then turned to writing on the subject of mental health, using humour to help break down the stigma and make people see the positive side. Her recent book, “Depression the Comedy: A Tale of Perseverance”, was recently published. Her first book, “I Love Your Laugh: Finding the Light in My Screwball Life” is a memoire of her own life.

In recent years, Jessica trained to become a life and career coach. “It’s challenging to be a full time comedian with a family as you are on the road a lot.” She’s also one of the Bell Canada Ambassador’s for the “Let’s Talk” campaign.

These days, Jessica divides her time between various “comedic” activities, including spending time with her family, a boy and girl, ages 11 and 12, and her actor husband Scott. They live in Toronto’s west end, where you may spot Jessica jogging through High Park in the morning with her dog, Ellie. Or perhaps you may spot her on a basketball or soccer team, which she loves to play.