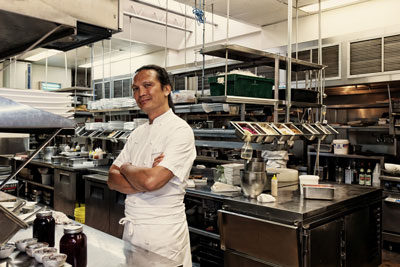 Most recognized from the popular television series “Iron Chef America”, tied for first place, and in “Top Chef: Masters” where he tied for second. His latest joint venture was with star rapper Drake, together they opened Fring’s, a downtown Toronto restaurant.

“Growing up in Hong Kong, my mother worked full time,” he recalls, “so one of my early memories is when I left for school each morning, she’d give me some change so I could buy lunch. I’d save the money and on my way home from school, make my way through the marketplace where there were endless varieties of street food. It was an experience that added to my life in so many ways.” 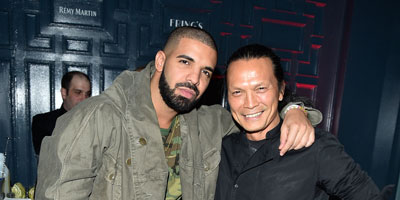 The youngest of six children, Susur was working in a restaurant before he was 16. It was as if he was drawn to the business. “It wasn’t that I wanted to be a chef,” he says, “I just loved the restaurant culture. The different food and the people around me fit my personality. There also was a discipline in the kitchen, I learned, that has helped me many times when I was trying to perfect something.”

As an apprentice at the prestigious Peninsula Hotel in Hong Kong, Susur absorbed everything he could before moving to Canada when he was 20.  In 2000, he was named top “Ten Chefs of the Millennium” by Food & Wine magazine, and firmly established as an executive chef. But it was his success on two chef reality shows that brought him instant recognition.

Today he owns five restaurants in Toronto – Lee, Bent, Luckee, Lee Kitchen and Fring’s—and oversees his prestigious TungLok Heen in Singapore. Although many talk about his brilliance in the fusion style of cooking, Susur claims modestly that fusion is something he’s been doing all his life. “For me, it’s just looking at what different cultures offer, and then putting my own spin on it. “

His signature dish, however, remains the Singaporean Slaw. This dish contains 19 different ingredients – so popular that some have been known to order it on its own for dinner! 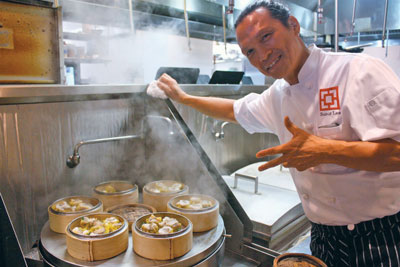 “I just love eating and tasting food,” he continues, speaking from his home in Toronto where he lives with his family. “In fact, my hobby is eating food,” his wife, Brenda Bent, agrees, listening to the conversation in the background. He met her at Peter Pan Bistro where she worked once as a waitress and served him. A few months later he returned to Peter Pan as a chef, and their romance began.

“When our family travels, says Chef Lee, we don’t sightsee like other families; we seek out a particular restaurant, look at menus and eat.”

So when Susur is at home, what does he make himself to eat? Believe it or not, a three course meal for his lunch – perhaps duck, served with some roasted turnip, or his wife’s recipe for sweet potatoes and onions with a bit of lemon.

He doesn’t have a favourite dish because it just depends on the day. “The environment around me changes my preferences”, he explains. “Some days I might want steamed Hong Kong style chicken, which means I head off to China town. And when I’m travelling in Europe, there are entirely different foods that I crave.”

In contrast to the high emotion you see on television, Susur’s demeanor is very calm, almost Zen-like. He explains it’s the emotion in the kitchen on a high stress environment, and a chef’s desire to create something as perfect as possible.

“As a conductor, you have a story to tell, and if things aren’t running the way you want them to, then you might freak out. What we try and teach young chefs is not to take things right into your heart. That is, it is not about you, it is always about the food and your guests.”

As for the future, Chef Susur Lee prefers to live in the moment.  There are lots of ventures he could consider, but right now, he says it’s about running his 5 Toronto restaurants and 1 in Singapore.

Each of his restaurants has a different character, and he encourages Toronto food lovers to experience the different environments.