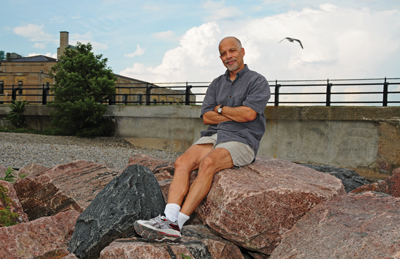 It is not by chance that Grammy and Juno Award-winning Dan Hill is one of the most sought-after and admired singer/songwriter/producer in the world. His athletic drive mirrors his dedication to artistic expression. At age 56, Dan has contributed to Canada’s indelible stamp on pop culture. Songs from his early career like “Sometimes When We Touch” and “Can’t We Try” became bona fide hits on Billboard. His ability to transcend both time and cultures is remarkable. This would explain why artists such as Celine Dion, Britney Spears and boxer Manny Pacquiao love to work with him.  He jokes that his approach to collaboration is similar to that of a shoe salesman. “No two singers are the same. I enjoy that. I am always having to adjust and figure out their style,” Dan reveals.

Dan’s creative journey began in Don Mills, Ontario. Son of an American civil rights activist, Dan and his younger brother and sister grew up in a more racially tolerant environment when compared with the one his interracial American parents had fled from. When their mother took ill, Dan and his brother Lawrence, (award-winning author of The Book of Negroes, currently being made into a major motion picture) found solace in the arts and literature. Dan, a gifted guitarist, taught guitar for extra money and started writing songs at age 14. By the ripe age of 17, he was performing professionally, and at 21 he was doing up to three hundred shows a year. 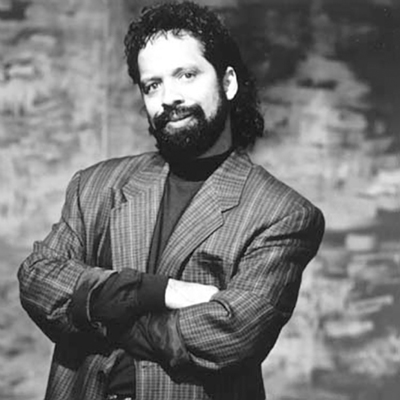 Soon after, Dan moved to the Beaches. After three years of transient living, he felt it was time to make a grown-up decision and purchase a home, which he now shares with his wife and son. August 2010 will mark his 32nd anniversary of living in his beach home. He loves the area for its small town and laid back nature. Anywhere he needs to go in the Beaches, he goes on foot.

Dan is tied into this fitness friendly community. He takes part in local organized running groups or on his own, four times a week.  He is also a passionate cyclist, fascinated with speed. Younger cyclists, desperately try to keep up with his pace. When cyclists meet up with Dan at a red light their eyes pop once they realize that they were out paced by a man in bright pink shorts – 20 years their senior.  On this day, true to form, Dan Hill shepherds the next generation.

At a moment’s notice, Dan can be called away to  work with artists in Nashville, Los Angeles and even Sweden. The request for his expertise varies, sometimes people want help with writing lyrics or laying down a beat, and sometimes it could be getting pointers of phrasing. No matter what the need, Dan is always up for the challenge. Part of the reward of working with different artists is forming unique bonds while sharing a slice of their life.

Dan’s role in music has changed from being a huge, successful singer in the 1970s to a dynamic songwriter/producer of today. Dan took a lengthy break from onstage performing to develop his storytelling abilities and songwriting. During this time he was writing for international superstars such as Celine Dion. Dan admits that style changes according to age. His storytelling continues to develop as he has more life to draw from. He has always written honestly about his feelings and observations, which give him the privilege to connect with people.

During this break he delved into writing his memoir I Am My Father’s Son. His poignant book about his bittersweet relationship with his father has touched the hearts of many.  Following the powerful response from his bestselling book, Dan recorded his new album Intimate.

After nearly a decade of focusing on “backstage” Dan is once again back in the spotlight. He is reconnecting with people by performing hits from his early career, songs he wrote for others and newer songs about families, real life issues like the loss of a loved one and reconciliation from his new album.