Experience the Jukebox on Steroids The Doubts come to Let’s beach! 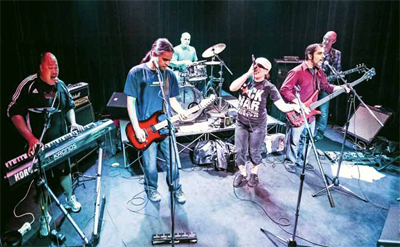 Recently described as “a juke box on steroids”, The Doubts is a band to be experienced, not just heard through a headset. As they’ve built a reputation for their ability to get their audiences involved in the music, they’ve also been given the title of “the ultimate party band”.

“We really get a crowd going,” says Eric Lam, founder, one of the lead vocalists and keyboard player. The Doubts is one of several bands that will play at this year’s Let’s beach.

“We’re thrilled to be performing our concert in the Beaches for the first time” says Lam, “and we’re very excited.”

Have a request? The Doubts are famous for the wide repertoire of songs from the last 6 decades: classic rock, R&B, Funk, Top 40—everything from Frankie Valli in the 1950’s to Blue Rodeo and US hits, to today’s favorites like Adele: Rolling in the Deep and Someone Like You. 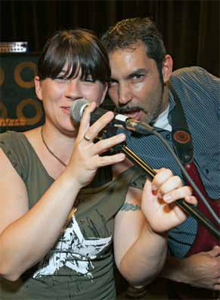 “Our lead vocalist, Erin has that same quality in her voice as Adele,“says Lam, “ “People love her.”

“For a 6 piece band, we have a very full sound and we put on a very good time,” explains Lamb, “I’m just so lucky to have such a great group of musicians working with me.”

He’s referring to his drummer, Neal Burstyn, two guitarists, Jeff Filardo and John Daly, bass guitarist, Niel Teixeira, and lead vocalist, Erin Benoit. The band practices every Tuesday without fail because, in Eric’s words, “we want to be note perfect. …It matters to us that our harmonies work and that we sound great – it sets us apart from everyone else.”

One of their most requested songs is “Don’t Stop Believin’” by Journey. Other most often requested include “Sweet Child of Mine”, “I’m Yours”, and the Rock and Roll classic, “Freebird”.

The Doubts have been together about four years, but members brought their experience from other bands, making up a well seasoned group of musicians. The core group has actually been together over six years.

Each band member has a “separate” working life. “We’re all weekend rock stars,” admits Lam. For example, bass guitarist, John Daly, is a financial writer for the Report on Business.

The Doubts are enjoying great success lately, performing all over Ontario and being the band of choice now booked every 2 months at Fallsview Casino in Niagara Falls as well as recent success at Failtes in Square One. 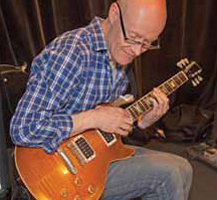 At a recent charity function, they performed as opening and closing acts for the international recording artist Sheryl Crow in front of 4,500 people. It was a personal high for Lam. They’ve also been the opening and closing band for Huey Lewis and the News, and Russell Peters.

Wondering about their name? “Our original idea was to call ourselves the Body Bags”, says Eric, admitting that this was perhaps not the best idea for a cover band. “So we started with The Nagging Doubts but ended up just The Doubts… it seems to have caught on.”