From Broadway to the Beaches: Canadian Star Comes Back From Away 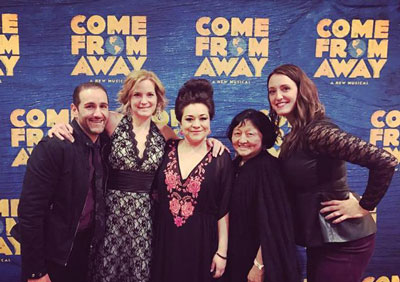 Kinky Boots, Priscilla Queen Of The Desert, South Pacific, The Lion King (both on Broadway and in Toronto). Her latest role is in the hit Canadian show Come From Away, in Toronto.

It was time to come home. After living in New York City for the past two years and performing on Broadway in the hit Canadian musical Come From Away, Susan Dunstan returned to her home in the Beaches to join the Toronto cast, and back to her farmland in Northumberland County.

“I’ve performed all over the world singing in musical shows and concerts on some of the most prestigious stages, playing lead roles across Canada and the USA” she says.

Susan has been singing and dancing all her life. Born and raised in Thunder Bay, Ontario, she was always in the school shows and musicals. In fact, before she’d even left high school, Susan was touring nationally with Spirit of the Nation, a show written to celebrate Canada’s 125th birthday.

After graduating from Sheridan College’s musical theatre program, she started landing roles in shows on Broadway and across North America. Then a couple of years ago she heard about auditions for Come From Away, running at the Ford’s Theatre in Washington – prior to the  show going to Broadway.

“I didn’t know much about the story,” she admits, “but when I read the script I loved it, I found myself laughing out loud.”

She flew to New York for the audition; two days later she joined the cast and started rehearsals. The big excitement came just before the show opened. The entire cast and crew of 160 men and women were flown to the town of Gander, Newfoundland, to perform two concerts. The idea was to help the cast members bond, garner publicity, and most importantly, meet the actual people they play on stage! Proceeds from the shows, which took place in a hockey arena, supported about a dozen charities.

“It is a very strange thing to play actual living people,” Susan recalls, “they are real and sitting in the audience, cheering when you come on stage!” 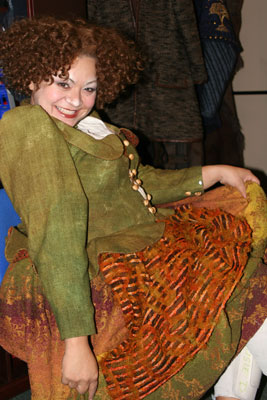 The show then opened on Broadway at the Schoenfeld Theatre, where it is still playing. It won the 2017 Tony Award for best direction.

Come From Away has 12 cast members: all are principals, with 4 standbys (2 men, 2 women) who can “stand by” for the five leads. Susan’s role as standby means that she knows all five of the principal roles, and can step in at any time to substitute when someone is sick or away which, as she describes, means she performs on a regular basis!

The story takes place in Gander, Newfoundland, where dozens of airliners with thousands of passengers were diverted when American airspace was temporarily shut down on September 11, 2001.

Come From Away is a truly Canadian success story. The writers, husband and wife team Sankoff and Hein, are both Canadians, who met at York University in 1994. During the 9/11 tragedy, they lived in New York and witnessed the camaraderie that blossomed amid grief. Their experience shaped their approach. To get material for the show, they attended the 10th-anniversary celebration in Gander, interviewing dozens of townspeople and returning passengers.

The musical was first developed at the Canadian Music Theatre Project at Sheridan College in Oakville, Ontario, produced by Michael Rubinoff and further developed at Goodspeed Musicals’ Festival of New Artists in East Haddam, Connecticut.

Many Toronto theatre-goers recognize Susan’s name. She’s been part of many popular musicals that have thrilled audiences here. For almost three years, Susan played the role of Shenzi, the tough talking Hyena in The Lion King, at The Princess of Wales Theatre. She was part of the production of Kinky Boots, and an original cast member of the World Premiere of the Lord Of The Rings.  She’s also had roles at Massey Hall, the Orillia Opera House, the Charlottetown Festival, the Banff Centre and the Drayton Festival Theatre, to mention only a few.

Susan is also a dog lover. She has owned and loved Dobermans since 2001, and hopes to set up as a breeder in the future. Her dogs, Dobermans Ruby, Vega and Cherry Pie, and her standard poodle Fancy, travel with her.  When she lived in New York, she had an inside treadmill so they could exercise. 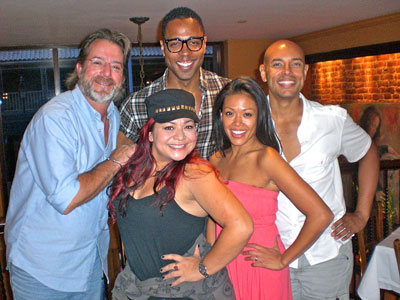 Susan studied voice and piano at the Royal Conservatory of Music/University of Toronto and graduated from the Sheridan Music Theatre Program. In addition to performing, she runs a private voice studio in the Beaches teaching, both her peers as well as those new to vocals, the art and craft of singing.

Since the beginning of the engagement of COME FROM AWAY at the Royal Alexandra Theatre, on February 13, 2018, there hasn’t been a week where the show hasn’t sold out every night. This spring, Mirvish Theatre announced that the run would be extended in 2019 (and will move to the Elgin Theatre in February).