Going Back to School with Mr. D! 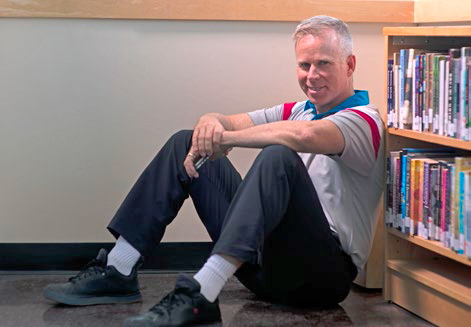 For comedian Gerry D., who plays the teacher, Mr. D., in the CBC hit comedy of the same name, there’s no “back to school” in his future – but there is definitely a season 5.

Talking with Gerard Donoghue, the real Gerry D., this summer in Halifax, the Toronto-born actor is busy taping the show, to be aired in January. The hit comedy, created and written by Gerry D. as well as featuring him as the lead character, is available on CBC across Canada, in 6 other countries as well as on Netflix. In the show, Mr. D. plays a less than stellar teacher, rather self-absorbed and often foiled by his students.

“It is such a rare thing to make it in this business,” Gerry D. admits when asked about how he got into comedy in the first place. “For those considering a career as a comedian,” he adds, “I’d say, ‘get a day job’ as well!”

That’s exactly what Gerry D. did, over a decade ago. Although he says he was always a “character kid”, putting on different faces and telling silly stories, he didn’t just jump into a career in comedy.

After university, he went to teacher’s college and then taught almost nine years at De La Salle College, a private Catholic School in mid-town Toronto. As a teacher, he used humour as a teaching tool; he also started to stockpile stories about what really goes on in a classroom—especially when a teacher can’t quite keep ahead of the students. 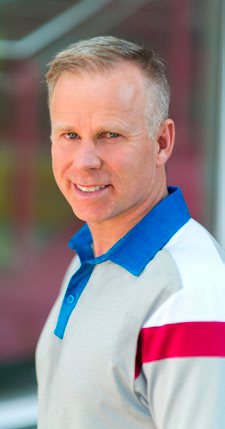 When it first aired in 2012, students and teachers alike at De La Salle where quick to point out what characters and episodes they thought were based on real people and events at the school. The show became the highest rated scripted show premiere for the network in 7 years.

“There was no doubt what characters were based on which specific,” says one former De La Salle student. “It was hilarious to watch.”

Gerry D. is quick to point out that he now has to depend on stories from other teachers and students for the plots besides his own experience.  “But there’s no end of material,” he admits. Gerry D. also has his own kids now as his “critics”, ages 8, five and 2 ½.
“Watch for our 8-year old, Aly, this season,” he says, “we wrote her a part and she does very well in it!”
There certainly were early signs in Gerry D.’s life that pointed out he was headed for a life in the entertainment world. He excelled at public speaking at school and was chosen to be the Master of Ceremonies at his grade 8 graduation. When he made the decision to focus on a career in comedy, he started at Yuk Yuks, where in 1999, he won Toronto’s Funniest New Comic.

Although Gerry D. says he got various breaks along the way, in reality, he worked hard, attending comedy festivals and competing in all the main comedy competitions.  “My biggest break,” he says, “Probably came when I finished third on NBC’s Last Comic Standing 5.” Gerry D.’s 2006 win was the highest finish by a Canadian in the history of the show. Two years later, he also won Best Comic in Canada at the Canadian Comedy Awards.

In addition to Mr. D., he’s known for other memorable roles. In the summer of 2006, he played “Donny” in Trailer Park Boys: The Movie; and Gerry Dee – Sports Reporter on The Score. He’s also author of “Teaching: It’s Harder Than It Looks”, published by Random House in 2012.

Although he spends a lot of time in L.A., Gerry D., his wife and children live in Toronto. When just being a dad and husband around the house, Gerry D. figures he’s “pretty boring”. “Some people suggest to my wife that it must be great living with someone who is funny all of the time,” he says. “I hope that I’m fun, but it’s not nonstop funny – I also have to be serious with the kids, and with life. As a comedian, you have to learn how to turn it on and to turn it off.”

He also points out that he has always been quite “business driven” in regards to his career – a somewhat “rare quality” among comedians. “I worked hard to market myself.”

What surprises some is that Gerry D. is also a top athlete and came close to making sports his career. At university, he was both a Varsity hockey player and golfer. He also could have had a career as a hockey coach, and continues to enjoy hockey and golf in his spare time.

Gerry hopes there will be a movie in his future, as well as keeping the Mr. D. show going.