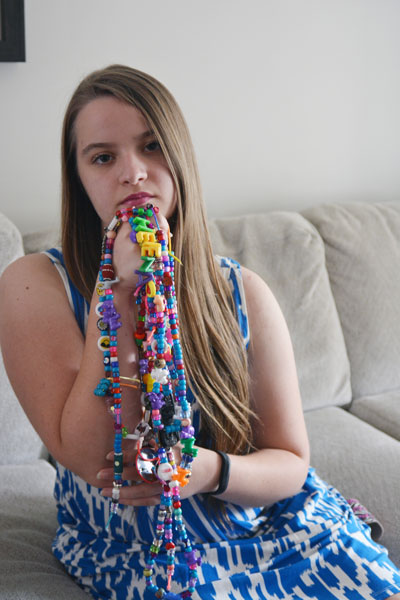 Helena Kirk is likely one of the busiest Minor Niners you will ever meet. When she is not busy getting straight A’s in all of her high school classes, or doing martial arts three times a week, she is leading the charge on a cause that is dear to her heart and significant to the entire country.

When Helena was just over three years old, she was diagnosed with lymphoblastic leukaemia. As a young child she went through 841 days of chemotherapy and endured 650 procedures to fight the cancer. By the time she was eight years old she was in remission.

Helena ended up beating the disease, but her fight against cancer certainly didn’t end there. “I was one of the lucky ones,” said Helena. “But a lot of children aren’t as fortunate,” she said. At a young age Helena has experienced the loss of several friends who have passed and didn’t get the treatment they needed.

“Right now, I’m fighting for my friends who are still in their treatment and the children across the country battling cancer,” Helena said. In order to make a difference, Helena and her mother Sarah Calderwood started researching cancer treatment for children.

This is when the duo learned about the inequitable access to childhood cancer treatment in Canada, and the daunting numbers. As almost 4,000 children, adolescents and young adults are diagnosed with cancer each year.

“The more we learned the more shocked we were,” said Sarah. She added only a couple of drugs have been issued for children in Canada in the past 40 years.

“All the drugs Helena was on during her treatment were intended for adults,” Sarah said. “Cancer is the number one cause of death by disease for Canadian children, but Canada’s cancer treatment system is built for adults. There has never been a national cancer strategy for children,” Helena and Sarah said.

At the beginning, Helena didn’t know what exactly she would be doing. But one of the milestones was when she met Prime Minister Justin Trudeau. Helena at the time was an ambassador for Sick Kids, and had a photo opportunity with the Prime Minister during a conference held by the Children’s Miracle Network. 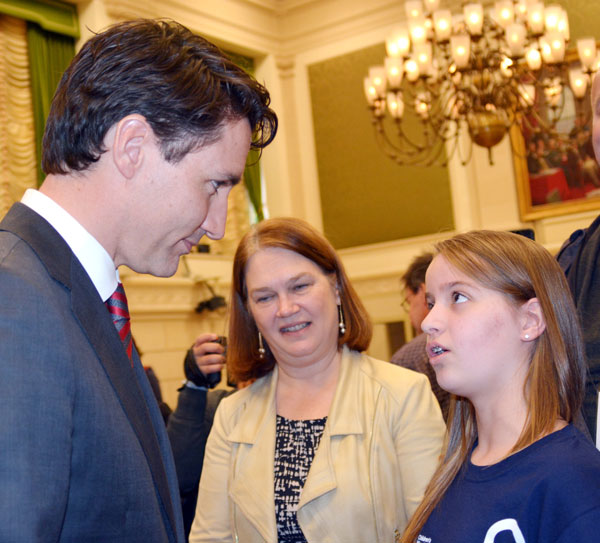 She used that opportunity to voice her cause and gained support from Justin Trudeau, the Minister of Health at the time, and Members of Parliament from various parties who told Helena to pursue this cause.

Helena and her mother started Helena’s Hope in 2017 as a grassroots advocacy organization with the mission to bring fast, fair, safe and equitable trials and treatment for Canadian kids, funding for research and the creation of National Childhood Cancer strategy.

“We have yet to come across a Canadian who opposes it,” said Sarah. Helena is charismatic. The more she speaks, the more support she has garnered.

Helena’s Hope managed to rally over 150 families dealing with childhood cancer across the country, and received signatures from over 30 cancer organizations and 30 pediatric oncologists for a budget proposal. During the federal election last fall, the Liberal Party’s campaign platform included investing an additional $30 million towards childhood cancer research.
After the election, Prime Minister Justin Trudeau’s Minister of Health Mandate Letter reiterated this promise as a Federal priority to “Make new investments in pediatric cancer research and develop a long-term plan to ensure sustainable funding.” 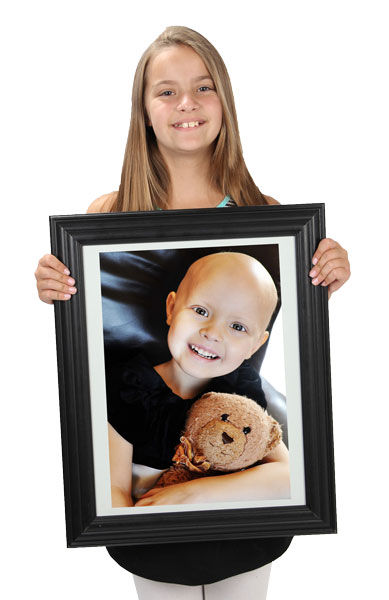 Unfortunately, the budget wasn’t tabled in the spring. Likely due to concerns surrounding the pandemic. At the moment, Helena’s Hope has plans for action including an open letter to the Minister of Health, Patty Hajdu, asking her to honour the Liberal Party’s election promise of $30 million in the Federal budget for childhood cancer. They hope the fall budget will include the promised funding, which would be fitting, as September is Childhood Cancer Awareness Month.

Although COVID-19 has somewhat slowed Helena’s Hope, Helena and Sarah remain optimistic and driven. During the quarantine Helena and her family have been spending a lot of family time. Helena and Sarah say they have mastered dozens of puzzles as a family. “We’ve gotten really good at them,” Helena said

Quarantine is nothing new to the family. Sarah said the family self isolated during Helena’s treatments. Helena’s sister, Hope, was born when Helena was going through treatments, which is where the name of the advocacy group comes from.

Now the two sisters have a typical sibling relationship that seems to include some back and forth banter, but an underlying care for one another.

Helena is looking forward to her fall semester where she will start Grade 10 and shed the Minor Niner title. She says this year was difficult balancing schoolwork and extra-curriculars like the archery team, her concert band and being the spokesperson for various charities. But she pulled it off.

She is especially happy about the social element of her first year in high school. Helena said in elementary school she was bullied, and didn’t have great friends in middle school. However, in high school she has gained a great best friend and plenty of others.

After high school, Helena isn’t exactly sure what she wants to do. She is thinking of attending university to possibly become an oncologist or pursue a career in medicine. Whatever she chooses, she has the drive, maturity and tenacity to be successful in any path she decides to take.