Jamie Johnston… the life of a young actor. 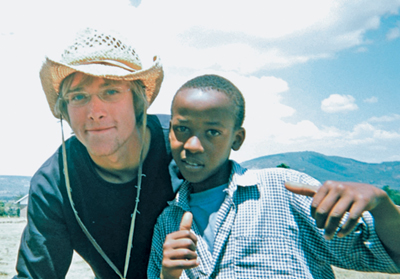 Jamie Johnston, the award-winning actor who plays Peter Stone on the hit TV show, Degrassi: The Next Generation, does what every other 19 year old does – hangs out with his friends, snowboards, listens to music and jams with his guitar and drums in the basement.

As a Beaches native, Jamie attended St. Denis Catholic School on Balsam Avenue through grade six, and at age 12 was accepted into the Cardinal Carter Academy for the Arts.
As a young child he would tag along with his brother, Chris, when Chris had modeling auditions. One time they saw Jamie, filmed him and used his picture instead of his brother’s in an Eaton Centre campaign. 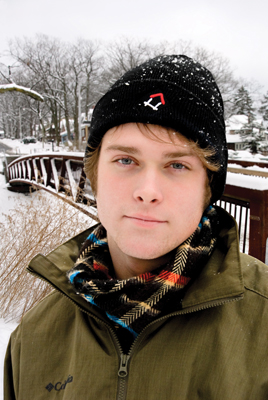 He had just started at Cardinal Carter Academy at age 12 when he got cast for Zixx: Level One. As a young actor, he had very long days with no breaks. While the adult actors would get to relax during breaks, Jamie had to study schoolwork.

Jamie has fans all over the world – Poland, Belgium, The Netherlands, U.K., France – and of course, Toronto. Fans like to ask him questions. The most common question is “how much money do you make?.” Jamie told us as a young actor, 25% of his earnings goes to a minor’s trust fund for his future.

One of the most exotic place he’s visited was Kenya in 2007.  Seven Degrassi cast members went to help build a school.  “I made friends with one of the boys when we were walking to the river, everyday, to get clean water. He asked me, ‘how do you get your water at home?’ I said clean water comes out of the taps in the house. The little boy was amazed!” In 2008, Jamie also worked in support of Raising the Roof.

“I love the Beaches. We’re close to downtown and  close to the lake. We’re surrounded by parks and ravines. It’s the perfect place to live.” Jamie’s favourite food  is eggs benedict but “lamb is my kryptonite” says Jamie.

Jamie and friends like to get together and jam. Jamie plays guitar, bass and a little drums. He sings but prefers to do back-up vocals.

To see Jamie and his friends perform, come to the Beaches Kids Program Open House on February 21 at the Beaches Rec. Centre.