Jesse Cook: from Paris to the Beaches 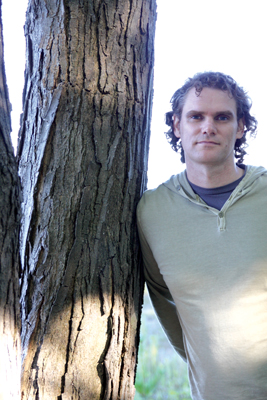 On September 7, Juno winner guitarist Jesse Cook is playing along with many other artists at the “B.A.C.K. the Beach” Awareness Concert in Kew Beach Park.

Raised between the Beaches and France,  Jesse Cook is a Toronto-based musician. He blends jazz, Latin, and world music to create a unique Nuevo Flamenco style.

Born in Paris in 1964, Jesse first picked up a toy guitar at the age of three. After moving to Canada, Jesse began lessons in classical and jazz guitar. He then immersed himself in the oral traditions of Gypsy music. This unusual dichotomy gives him a wide range of musical tastes and a style of music loved by fans worldwide.

Jesse has recorded six critically acclaimed studio albums and has traveled the world  In addition to head-lining concerts and festivals, he has opened for such legends as B.B. King, Ray Charles and Diana Krall.

In 2001 Cook won his first Juno Award in the Best Instrumental Album category for “Free Fall.” In 2008  he was nominated for two Juno awards.

In an interview with Jesse, we learned:
Jesse grew up in the Beaches. He has performed worldwide in places such as Singapore, and headlined at the Dubai Jazz Festival.

Jesse’s favourite guitarist is Vicente Amigo. “He is a fantastic Flamenco artist from Spain. I am also a huge Lhasa fan.”

Jesse wants his fans to know that he is performing at the B.A.C.K. the Beach concert
in support of alocal cause.  “I am frustrated by developers turning my favourite parts of Toronto into highrise condos…. I hope people will come out on September 7 and help us
prevent the Beaches from becoming the latest victim.”