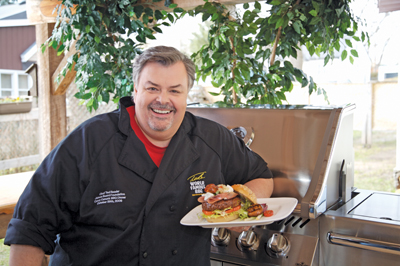 “BBQ is my life,” says Ted, whose home office is his actual backyard. He describes it as “Casa BBQ”, and it’s outfitted with no less than 65 grills and smokers.  Last year the count was closer to 100 but Ted generously donated 25 to the 2010 Beaches Yard Sale for the Cure.

Ted believes that cooking outdoors has a special appeal, particularly to men (often the ones doing the outdoor cooking). Cooking outdoors is fun, it’s more relaxed, and you don’t have to worry as much about making a mess. “What can I say,” he says, “Smoke gets in your veins!” 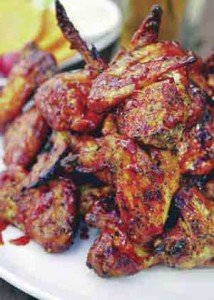 Ted BBQs and grills “everything”, year round, using a grill (what many call a BBQ) to cook over coals or gas, or a smoker for the longer, slower process of actually barbecuing. Although some of his favourite dishes include traditional steaks and burgers, under the category of “stranger items to BBQ” he lists Arborio rice, Twinkies on a plank, and ice cubes (yes, smoked, for added flavour).

“I’m really just a guy who loves to BBQ,” says Ted, “And my job is to inspire people to cook in their backyards, whether it’s a hot dog or a steak. Cooking outdoors builds camaraderie with your friends allows you to spend time with family.”

Ted’s been barbecuing since childhood, quickly rising in his career after graduating as a chef to become the chef for Dave Nichols at President’s Choice. He’s written or been part of 18 cookbooks, appears on TV (including the popular Cottage Country) and this year, again, will host the annual Beaches Rib Festival. 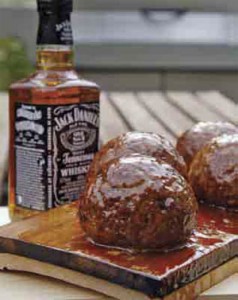 Your choice of equipment also makes a big difference. Ted recommends that you research before buying a grill or smoker. The thickness of the metal, the sturdiness of the equipment and size of vents makes a big difference. Also make sure that the BBQ gets as hot as the dial says it does! Visiting a specialty store that not only carries quality brands, e.g. Napoleon and the Big Green Egg, but also has knowledgeable staff to help answer all your questions is a good place to start.

Want to meet Ted Reader and see him in action? He will be at the annual Beaches Rib Fest on  June 18 and 19 at Woodbine Park.For tips, recipes and his best selling BBQ cookbooks visit his website at www.tedreader.com