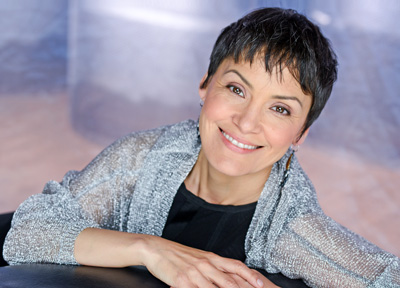 Native Canadian singer/songwriter and three-time Juno Award winner Susan Aglukark refers to herself as “One lucky Canadian who happens to be Inuit.”

Susan has had the opportunity to perform for Prime Ministers Jean Chrétien and Brian Mulroney, President of France, Jacques Chirac, Nelson Mandela, Governor General of Canada Adrienne Clarkson and twice for Queen Elizabeth.

Her masses of fans across Canada, the US and around the world that have been moved and entertained by her music would agree, but they’d add “Canada is one lucky country to have Susan as their ‘ambassador’.”

In so many ways, Susan is as Canadian as you can get – and then some. Her parents, both Inuit, raised her in the Northwest Territories where they lived and worked. When Susan was born, her mother had to be flown by plane to Churchill, Manitoba, to give birth. Susan was given the name “Uuliniq”, an Inuit name, as well as “Susan”. She considers the small community on Hudson Bay called Arviat her home, where she grew up with her 5 siblings. (Arviat is now part of Canada’s newest territory, Nunavut.) The family moved around within the Territories, so Susan attended high school at Sir John Franklin High School in Yellowknife.

In her early years, there was no specific music instruction for Susan or any suggestion that she would become a musician. “No arts camp, no special music programs, I could never read or write notes,” she laughs. But with two parents as preachers, Susan was singing and playing guitar at church throughout childhood and adolescence.

There certainly were early signs of a creative spirit, which she now talks about.

“I knew from an early age that I was a bit different from everyone else, “ she says, “I knew that I saw things that other people didn’t see and I saw things differently than other people.  I always was seeking out a quiet spot to be by myself to write, or to be alone in my thoughts.”

“But it wasn’t until I’d actually begun my career as songwriter and singer that this all made sense,” she says, “that is when I really began the process of discovering just how creative I was.”

In the early ‘90s, Susan left her community to work as a linguist for the Department of Indian and Northern Affairs in Ottawa. It was during this time that she had her first opportunity to nurture her creative instincts. She began writing songs about her Inuit community and growing up Inuit. Her earliest recording appeared on a CBC radio compilation of Eastern Arctic artists, and then in 1991 CBC Radio recorded her first compilation of songs, Dreams for You. 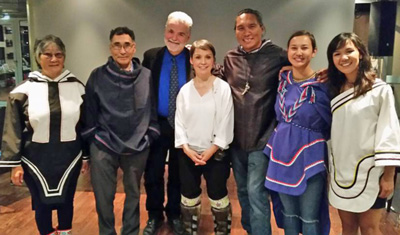 Susan’s music has been described as a blend of traditional Inuk folklore with contemporary pop sounds. Her albums are a combination of Inuktitut and English lyrics, and are praised for uplifting melodies and complex rhythms.

But for Susan, it is always about the story telling aspect of singing, not the performance, that matters most. Her songs highlight the history and heart of Inuit life. They tell stories of struggle, stories about the impact of colonization, and stories of celebration and joy. When Arviat became part of Nunavut, which returned the governing of the land to its native residents, Susan wrote about the exceptional moment in history in her joyful song, “Turn of the Century.”

Although singing and song writing is her main work, Susan spends her spare time in various pursuits such as sewing, beading, painting and writing. “I love anything that’s a creative process, “ she says, including a children’s book she’s currently working on.

This summer she begins recording her tenth album. Although Susan welcomes the rigour and learning that comes with every recording session, there is excitement in her voice just thinking about live performances.  “I just LOVE a life performance on stage with my band,” she says, “I love the energy and I love being able to tell my ‘living stories” from the stage to those in the audience in front of me.”

Susan is very proud of her Inuit heritage and helps others understand how Arctic indigenous people are not the same as the indigenous peoples in the rest of Canada. The history of her ancestors goes back hundreds of years when the ancestors of the modern Inuit moved across the Bering Strait from Asia.

“The language, the background, the traditions, the food of the Inuit are all totally different,” she says. To this day, Susan speaks the Inuktitut daily when communicating with friends and family back home or with those in the Inuit community in Toronto.

Although Susan has faced serious personal challenges and subsequent healing, for the past decade she has feeling at a good place in her life, and truly loves what she is able to do each day. “I finally reached the point where I looked at the life that I’d stumble into as a healed-enough person and realized that I’m just fine – that’s when I began to really live,” she says.

She likens her experience with the larger experience of Indigenous people in Canada. It is only when people see themselves as at least partially healed that they can move on.

“When I perform, if I have one message for my audience, it is this: I want them to know that although I am Inuit, it doesn’t mean I’m a broken person.”

Susan and her husband, a sound engineer, live in Oakville with their 20-year-old son, Joseph.

Along with her three Juno Awards, Susan has been honoured with the Governor Generals Order of Canada, Queen Elizabeth II Diamond Jubilee Medal and the first-ever Aboriginal Achievement Award in Arts & Entertainment.