Over 60 Years of Serving Her Country and Community 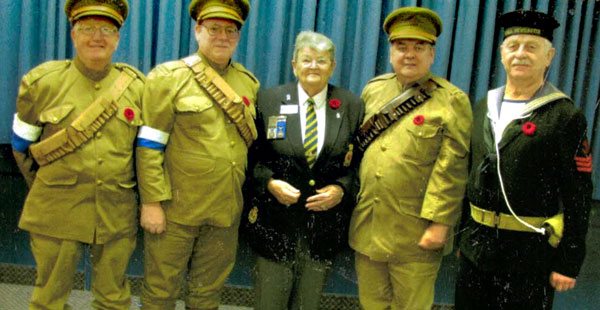 As Remembrance Day approaches we honour those past, present and future who have dedicated themselves to serving the country. One of whom is June Smith who has spent a lifetime dedicated to service. When June was a teenager she and four of her friends decided to join the Canadian Navy Reserve in the 1950’s they did it to serve their community and their country. June’s decision to join was symbolic of the life she would lead, a life dedicated to service and friendships. And a life full of adventure and lessons.

June is Toronto through and through. She was born in her granmother’s home on Dundas Street near Broadview Avenue. She went to Notre Dame High School and then attended George Brown College. June spent time volunteering at Woodgreen Community Centre and helped coach senior girls slow pitch. Woodgreen Community Centre was a haven for teenagers in the 1950s. She had two adult figures that left an impression on her life.

“Influences in my life were Kathryn Sims and Rev. Ray McClary who instilled in me the interest to volunteer and share your time with other people,” says June. The strong influences taught her the importance of dedicating you time to others and the community. 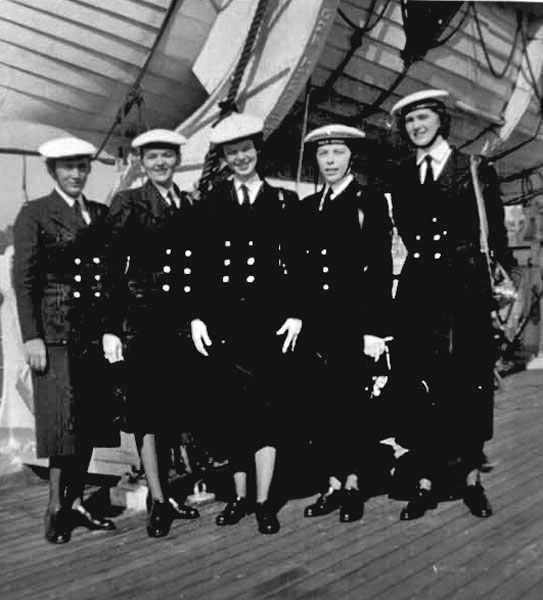 “The Naval Reserve Core taught us a sense of comradeship and service. We were too young at the time to join the Navy, but we all wanted to do our part,” says June. One of June’s fondest memories was while she and her friends were in Halifax, Nova Scotia for training, it was also Queen Elizabeth’s first visit to Canada. June got the opportunity of a lifetime, she was given a tour of the Queen Elizabeth’s famous Royal Yacht Britannia.

During their time as reservists, they received training and chose what area to work in. One of June’s friends worked in radar, another in the medical core and June worked in administration. Canada’s military was engaged in the Korean War around the time June and her friends joined as reservists. It was also almost a decade after the Second World War which had an impact on June’s life.

“The Second World War was declared on my third birthday, September 3, 1939. I was young, but I remember that we had blackouts and air raid warnings when you would shut off the lights. We had tokens for food and had to ration,” says June.  “Canada didn’t experience the war like Europe did. There were many losses overseas.” These experiences taught June to appreciate, value, and respect acts of service.

June met her husband of 60 years, Doug Smith, while working as a reservist. She was lounging with her friends in the mess and saw her future husband who was part of the Air Force and was on temporary duty in Toronto. “The story is that I picked him up in the mess hall,” says June. The two started chatting and the rest is history. They met in September of 1959 got engaged by October and were married by 1960. Since June’s husband was in the Air Force and served at different stations throughout his career, June was honourably discharged inorder to move with her husband. June liked life a military family. “We met a lot of good people,” says June. She said it was hard on the children as they moved to different towns. The couple spent years moving to various places in Ontario including a few years in Trenton and Clinton. June and her husband even lived in Quebec with their two children, before later returning to Toronto. 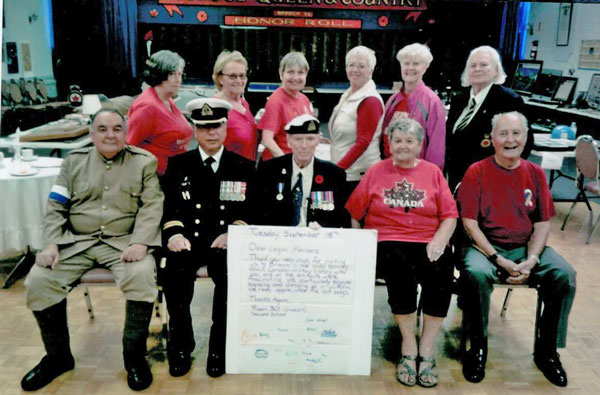 June and her family are also really close. She has a daughter who lives out of the country in Kansas and another who lives in Calgary. Her son is currently in Brampton. She talks to them on the phone every day. “I learned about affection from my family growing up. My mom was affectionate, we always had hugs,” says June. The lessons she learned from her mom she passed to her kids.

Even her kids’ friends have become part of the family. To this day, even though her kids are gone, their friends often stop by to see how June and her husband are doing, or to help out around the house. One of them was recently working on the garage door.

“You don’t get without giving,” says June. It is another lesson she passed down to her children and grandchildren. 2021 will mark 30 years June and her daughters have been members of the Royal Canadian Legion, dedicated to serving communities, veterans, and their families promoting Remembrance. June’s son has been a member for 10 years and her husband has been a member for 40 years. June was the president of Branch 11. “It’s important that we teach the kids the importance of honouring those who have served and the sacrifices that were made for our country,” says June. “We honour our past and prepare the children for the future because they are our future.”

June is now 84 years old and continues to volunteer. She’s involved in various programs with the Royal Candian Legion including a youth education program. The Legion’s big annual event was cancelled this year due to COVID-19. “This pandemic is something we have never experienced before,” says June. “Kids in our neighbourhood drop by and we had neighbours get groceries for us. We really appreciate it.”

June can’t wait for things to go back to normal, so she can hug her friends, have coffee on the verandah and play slots at the casino. However, in the meantime, she continues to do what she has always done, which is always keeping in touch with her friends and family members that she loves dearly.