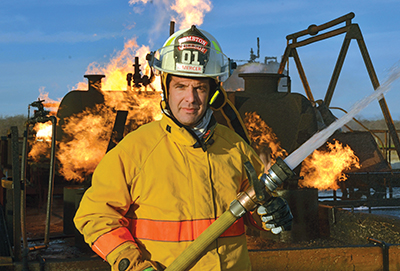 Born and raised in Newfoundland, the St. John’s suburb of Middle Cove.  Rick Mercer’s genius was first recognized when he won Newfoundland’s high school drama festival for a comedy play he helped write. His big break came when he was working as a dishwasher and landed a job doing comedic commentaries for CBC radio by pitching a group of dining producers on the subject of making politics funnier.

Rick has lived in Toronto for ten years. Not knowing the many communities in Toronto, he feels fortunate to have picked The Danforth as his neighbourhood.

He first became a Canadian household name during the first eight seasons of This Hour Has 22 Minutes. Following a couple other shows, he made it big with his current program, the Rick Mercer Report. 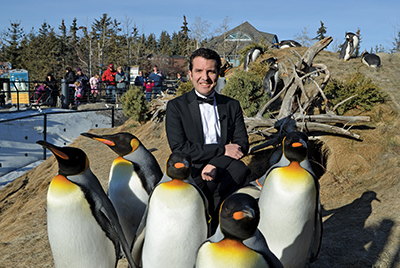 “At the CBC we refer to the show as ‘Host in Peril’, Rick explains, “And people seem to enjoy it.”

So the question on the minds of many of the over  one million viewers that tune in each week is, “What makes you such a daredevil anyway?”

“No, No, No,” he protests, “I’m not that guy. Under normal circumstances, I wouldn’t do 90 percent of what I do for the show – not jump out of airplanes, not bungee jump, not get tasered.” (Although he’s done all of these!)

In fact, a lot of kids who email Rick are convinced he’s actually a real stunt man. Rick refutes this, “I try to do everything to the best of my ability, and unfortunately, I usually do them sub-par, but I try…”

“I never regret doing them, but I’m not a natural adrenaline junkie.”

Fortunately, Rick has avoided getting hurt except for a few bruises. The worst was a tobogganing accident, in a situation no more dangerous than any child faces on a child’s tobogganing hill, “But there was a spill,” he admits, “And an injury.”

So why does he do it? “Well,” he explains, “I do it because it’s part of my job, which is to talk to interesting people, doing interesting things.  My job is not to find things I like to do. Otherwise, we’d end up with a show where I’m just sitting in the backyard reading a newspaper.”

The format means that the Rick Mercer Report is truly different every week, with no real set format. “One weekend I could be talking with the Prime Minister, the next, a lobster fisherman,” Rick says, then adds, “And frankly, I’d prefer the lobster fisherman!”
In all seriousness, Rick acknowledges the tremendous opportunity he gets because of the show. He recalls in particular when he experienced zero gravity at the Canadian Space Agency. “It was one of the most thrilling experiences in my life… I would do it again in a heartbeat.”

Since finishing this past season’s show, Rick has been busy touring across North America with his one man show, A Nation Worth Ranting About, the same title as his book, a third national best seller. The show has been packing theatres everywhere he goes.
“I’ve just got back from Chatham, Sudbury, the Maritimes, Belleville, Edmonton, Phoenix and Chicago,” he tells Beaches|life.

It’s a change from his weekly thrilling adventures on his much-loved CBC show, which wrapped up earlier this spring. Unlike most shows, the week Rick tapes his interviews and “daredevil stunts” is the same week the show airs.

Heading into summer, Rick looks forward to some time off. First, he’ll visit his home province of Newfoundland, just outside St. John’s at Middle Cove. There he’ll combine family time with the annual food fishery – specific weeks during the summer in which the Province of Newfoundland allows recreational fishing.

“It gives me a chance to jig a cod,” (Newfoundland speak for ‘catch’). Later he’ll vacation north of Toronto, to another area he’s discovered since moving to Ontario.

He tells us that “the boardwalk is one of my favourite places. I love that it’s always different because of the light. I could spend a lot of time wandering back and forth along the shore.”

The Rick Mercer Report, a weekly half-hour topical comedy, returns for its 11th season this fall on CBC. Keep up with Rick Mercer and find out more about his bestselling books visit rickmercer.com