A Rising Star is Living the Dream – Scott Helman

Congratulations! Scott Helman has been nominated for two 2016 JUNO Awards as Breakthrough Artist of the Year and Pop Album of the Year, Augusta. 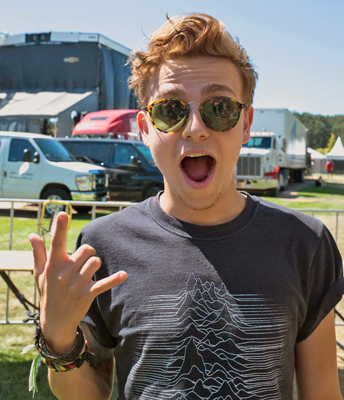 Scott Helman will always remember the telephone call that changed his life. He was just 15, living in Toronto and attending Earl Haig Secondary School. While hanging out one afternoon, playing video games in the basement of a friend’s house, his friend, Terry Moshenberg, called him to say, “Hey Scott, Warner Brothers Canada wants to see you!”
Thanks to Terry’s intervention, the demo tapes Scott had uploaded to MyFace and YouTube had been brought to the attention of a music executive at Warner.

“That phone call was one of the craziest things that could ever happen,” recalls Scott. “It was the moment when I was given a real opportunity to make music my life.”

The dream of being a full time musician wasn’t new to Scott. But like many kids, it seemed more a fantasy than reality, particularly when he was a 6-year-old playing with his karaoke machine. But one thing was different with Scott; he paid attention to what he really wanted and never let go of the dream.

He recalls, for example, that even as a young child he loved music, and although he didn’t have any musical instruments to play at the time, he still imagined that he was a performer and set his sights high. 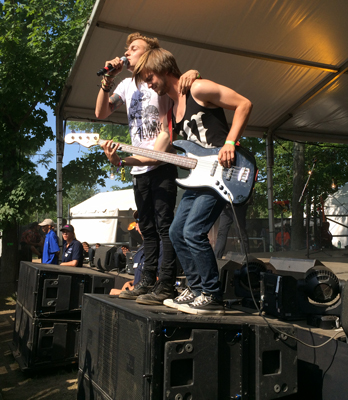 He started with piano lessons, but never felt connected to it. So he “nagged” his mother for a guitar until she gave in, presenting him with an instrument when he turned 10. When looking for a teacher, he knew he  wanted someone who would let him learn the music he liked. “It was then,” he says, “that I truly became invigorated with a passion.” After that, there was no stopping the young teen; he just continued to push towards his dream of being a singer-songwriter. “As you grow, your perception changes,” he says, “music becomes the place you go to where things are permanent. I now knew I needed to stay in it.”

Scott attended Toronto art schools (first Claude Watson starting at grade 6 and then Earl Haig Secondary). The experience good for keeping him in touch with other artists and learning in a creative environment, while he pursued his music on his own time. He practiced the guitar and wrote his own music and lyrics whenever he had a free moment. He then took a big step – making his first public appearance at a school concert. “It was a terrifying yet pivotal event” he says, “But afterwards, I knew I wanted to do more.”
Part of the Warner Brother’s deal allowed Scott to finish school in Toronto. This helped him develop further as an artist and collaborate with other writers before he was expected to create his first EP (a shorter musical recording than full studio album or LP). His time, apart from being a high school student, now meant attending song writing sessions with a variety of collaborators, and fulfilling requests such as “write a song a day for a week” during his free time.

Now that he’s finished high school, Scott is devoting his time to actually living his dream, full-time, as a singer-songwriter. The next “big thing” for Scott is a full length album.
Now living and working most of the time in Los Angeles, what does a singer/songwriter do? According to Scott, it depends on the recording cycle. When he was on tour last year, his time was taken up playing shows, then travelling to the next venue. When it’s time for a press tour, his time involves countless visits to radio stations and performances.

Right now, he’s in “writing mode”, where he spends a morning and evening session writing each day, and trying to catch up with everything else in between. “The struggle,” he explains, “is getting time alone and not being interrupted, which is difficult with Twitter and the Internet. There’s always someone you should get back to!”

Finding time for “normal” life is also crucial for a writer. Scott will always be grateful for the opportunity he had to remain at a regular high school, “it’s the normal experiences of life you need as a writer,” he says.

He also likes to spend time listening to his favourite musicians: the “old stuff”, like Bob Dylan, Neil Young; mavericks like Tom Waits, or British alternative rock band “The 1975”. Recently, he just sat and listened to the first album he’d ever purchased – David Bowie’s Greatest Hits. “When I heard Bowie died I was so taken aback, I just had to listen to that album again,” he says.

Perhaps he was also listening to Bowie’s lyrics, “When I live my dream…”