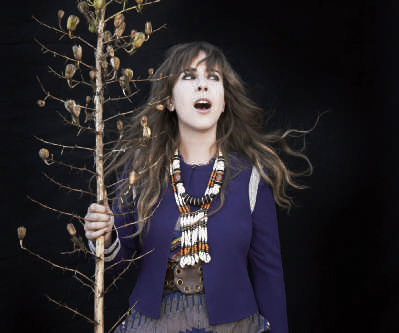 Two things that are 100% made in Canada are our music awards, The Junos (coming to us live from Regina and Moose Jaw on April 21) and Serena Ryder.

Serena is a 29-year old singer three-time Juno award-winner music star. A true Canadian, grew up in Millbrook, Ontario, and now lives in Toronto – the city she loves. “The more I travel,” she says, “the more I realize how lucky I am to live in such an awesome city!” In fact, the tracks on her most recent album, Harmony, were recorded in her own backyard studio, a converted shed she’d previously used as a rehearsal space. “I have never been so proud and excited recording “Stompa” and the other songs on my latest CD – I made it in my backyard!” an excited Serena exclaims.

Music is in Serena’s blood. Her Canadian mother was a dancer and back-up singer and her Trinidadian father was a guitarist and percussionist with a Caribbean folk group. It was not surprising to her parents that from an early age, their daughter loved music.

“I figure I was jamming in utero,” she laughs, “my parents tell me that I was singing before I could talk, and I have photographic evidence that my first show was when I was only two years old.” 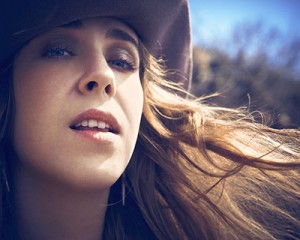 Performing publicly by the age of 13, she received her first guitar from her dad and began singing in various coffee houses and local venues around Peterborough. She released her first album, Falling Out, when she was only 16 years old and she caught the attention of the CBC while doing a live performance.

Serena considers Unlikely Emergency is her break-out album in 2005. Radio stations started playing singles from it and her reputation started to spread. Her third album, Is It O.K., was released in 2008, the same year that Serena won the 2008 Juno Award for New Artist of the Year.

Serena really enjoys performing live, “especially when my music makes people smile and sing along with me… and when they dance or clap or stompa their feet.” “Stompa” refers to her hit song that played during an episode in the ABC hit television medical drama, Grey’s Anatomy. No wonder with that kind of exposure, Stompa quickly climbed the charts and became certified platinum in January 2013. 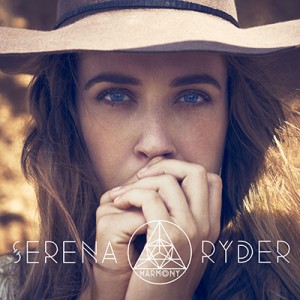 This year, Serena received a Juno nomination for Stompa as well as for her newest album, Harmony, (Adult Alternative Album of the Year).

Other career highlights include a 2011 cross-country tour with Melissa Etheridge. “That was totally life affirming for me”, says Serena, “Melissa’s a bona fide rock star who speaks from her heart.” Ryder’s song “Broken Heart Sun” became a duet with Etheridge.
These days, apart from a busy musical career, Serena takes time to pursue other interests, “I love walking in the woods, watching documentaries on music and food, drawing and writing my journal.” She is also a talented visual artist who sculpts, paints and draws.
When asked about her goals for the future, Serena playfully answers, “I want to take home some Grammys…A LOT of Grammys, and live in Australia…and learn how to surf (better)!”