The Time Feels Right for Me! 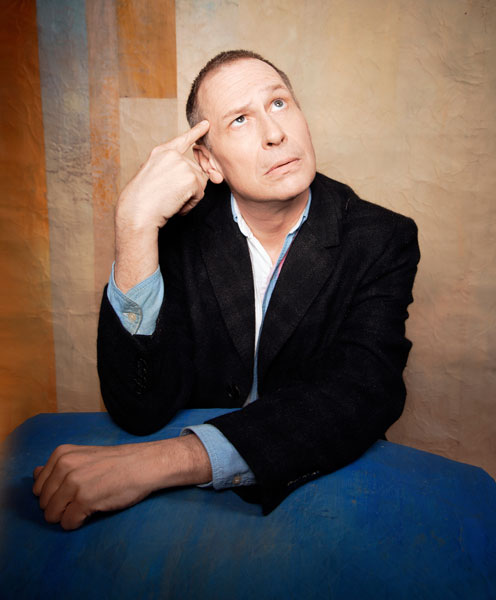 Comedian and member of the beloved Canadian hit show “The Kids in the Hall”, Scott Thompson continued to perform one of the main characters on the show after Kids went off the air in 1995, lounge lizard and bon vivant, Buddy Cole. Aside from his recent focus on writing, Scott continues to perform stand-up as himself, and as Buddy. He is now finishing off his tour of Après Le Déluge – The Buddy Cole Monologues at the Lyric Hyperion Theatre, where he’s also enjoyed a residency.

Born in North Bay, Scott describes how he and his family (mother, father and four brothers) literally lived in a “house in the woods” until the family moved to Brampton when he was nine. “Growing up in North Bay was paradise” he recalls, “it certainly made an impact on me that’s lasted all my life. One day my brother was literally treed by a bear! Most kids don’t have those kinds of memories.”

Scott found himself involved in comedy by his early 20s, when he joined a Toronto improv troupe called “The Love Cats”. Before long, he was introduced to a local comedy troupe The Kids in the Hall, and soon after became a member. When the legendary Lorne Michaels discovered the Kids, the act was made into a ground-breaking television series, which ran from 1989 to 1995 on CBC in Canada and on HBO and CBS in the United States. 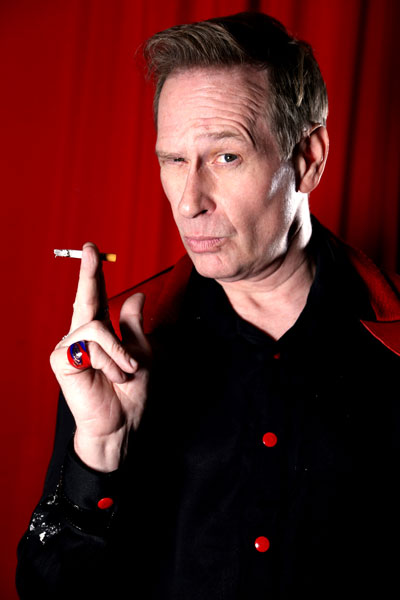 In addition to his Kids and Buddy Cole fame, Scott has made numerous guest appearances on various talk shows such as Politically Incorrect, The Late Show with David Letterman and was a regular fixture on Late Night with Conan O’Brien. He has appeared in feature films such as Run Ronnie Run, The Pacifier and Mickey Blue Eyes and such television series as Hannibal, Reno 911!, Tim and Eric Awesome Show, Carpoolers, Odd Squad, Man Seeking Woman, Touched by an Angel and Degrassi High. He’s also worked on various animation projects, as Roboroach, and in Aqua Teen Hunger Force, The Simpsons and American Dad.

Another beloved character played by Scott is Queen Elizabeth. “It’s really easy for me because I actually look like her.” Scott admits that he has never actually met the Queen, but when he was 10 years old, he did have an encounter before a Mountie whisked him out of the way. The event was a Royal Visit to Brampton, when eager fans (mothers and their young children) stormed a flimsy barricade to get closer to the royal couple, leaving a young Scott face to face with Her Highness. “I’m sure she’d remember”, he quips.

Canadian to the core, Scott says he’s “always looking for a reason to come home.” Aside from pitching his latest works, Scott’s time in June will be spent with family, his parents and brothers still living in Brampton and Toronto.

Scott says that “the time feels right for me” as an older, white guy who’s gay. The Canadian comic writer and performer is coming home in June from Los Angeles where he’s been writing for the past three years. The former member of “The Kids in the Hall”, and known by many as the infamous gay, bar fly, “Buddy Cole”, Scott is excited about spending the month pitching his own new TV series as well as a screen play.

“I’ve been in Los Angeles writing for the past three years,’ he explains,” because I wanted to give myself another chance at getting my own work produced. I’m feeling very good about this new series; I think people are more amenable to my ideas now. The time feels right.” 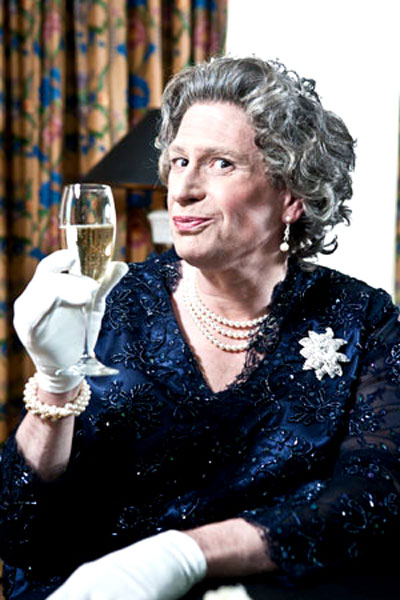 Scott describes the show as a combination comedy and mystery, sort of a satire of the cozy mystery genre. “It’s got scary parts, as well as mystery and comedy, and of course, fun characters.”

Like most writers, the process of getting his work ready was an arduous one. “Writing is tough, physically and mentally,” he admits, “Now that I’ve finished, I’m able to look up, like, go to the mall!” It also means he can enjoy what he loves doing best, performing.

Everyone has their own views on Buddy. As for Scott, he describes him as someone who often exhibits characteristics that Scott feels are lacking in himself (which also meant that Buddy can say things that Scott might hold back). “Buddy is comfortable in his own skin, he’s not ashamed, he can hold his booze, and he doesn’t care if you’re offended!”

Such attributes are particularly important today. Scott admits that our current culture of political correctness makes for a challenging time for comedy. “The essence of comedy is that there is no place you can’t go. But at a time when you have to ‘tip toe’ around so many issues all the time for fear of offending someone, it makes being a comic difficult.”

“Just because you are making light of something doesn’t mean that you are showing disrespect.”

Scott likes to refer to the old adage, ‘tragedy makes you feel, but comedy makes you think’. “It means that comedy has to be honest, and it can’t be sparing people’s feelings. It needs to take no prisoners.”