Canadian sprint canoeist, 2012 London Olympic medalist Mark Oldershaw, is in the final stages of training for the Pan Am Games in Toronto this summer, after winning a spot on the Canadian team at the beginning of May. That same month, he claimed two gold medals and a bronze in the 2015 ICF Canoe Sprint World Cup being held in Europe. Cheered on by his family of Olympic athletes, including his father, Scott Oldershaw (national team coach), it won’t be long now until he’s racing in the Pan Am Canoe/Kayak Sprint scheduled for July 11-14th. 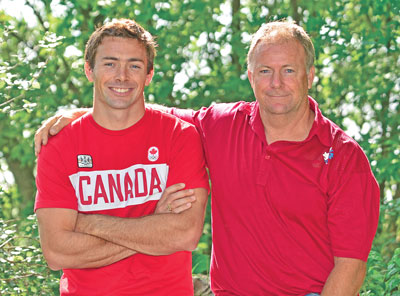 Mark can’t remember the first time his parents put him in a canoe. “We basically grew up at the canoe club [Burloak Canoe Club in Burlington] where both my parents were coaches,” he says. “ My mom ran the youth program, so we tagged along with her.  I think we were getting in boats at age 7 or 8, probably to keep us out of trouble.”

Born and raised in Burlington, he has done most of his training at Sixteen Mile Creek, a beautiful, natural waterway that flows from the Niagara Escarpment into Lake Ontario. Mark also loves canoeing on Lake Ontario when it’s not too wavy. “There are some mornings where it is like a mirror, perfectly flat as far as you can see,” he says, “ then it’s one of the nicest places to paddle in the world.”

Although he loves to canoe, Mark also participates in many other sports, such as hockey, lacrosse, basketball, volleyball, track and swimming.  He figures that if he wasn’t a canoeist, he’d definitely choose a team sport, “I do most of my racing alone in my canoe,” he explains, “so being able to play with a team would be a fun change.” 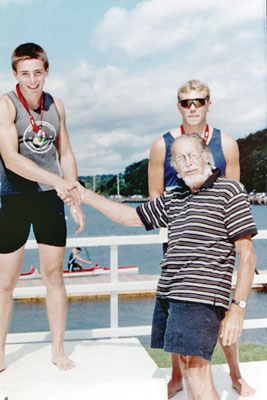 Like many athletes, Mark has overcome various challenges in his career, including surgery on his hand, and narrowly missing Olympic qualification in 2014. But the lessons he’s learned from family, friends and trainers along the way have helped him believe in himself. When he’s on the starting line, for example, he reminds himself of all the times he’s had to be tough, “I think back to all the times when I didn’t quit” he says, “the times when I kept pushing even though it hurt”.

He also recalls a conversation he had with his uncle who reminded him that if he didn’t put in the hard work to win, then someone else would do it instead.

“It was cold and pouring rain, we were all super tired and didn’t want to go on the water,” he recalls, “So my uncle said to us, ‘they’re training right now’.  When we asked who, he replied,  ‘Your competition.  Everyone else across Canada, the Hungarians, the Germans, the Russians, they’re all training right now.’”

When not racing, Mark likes to build things and bring out his creative side. Whether it’s something artistic or home renovations, “just making something makes me happy,” he says. He’s a recent convert to country music since dating his fiancée, although he enjoys anything “where the singer really pours their heart and soul into it.  The Beatles, Cat Stevens, Otis Redding, Meatloaf.”  His choice in “pump music” also varies from Jay-Z to The Clash to whatever top 40 pop hit he’s into at the moment. 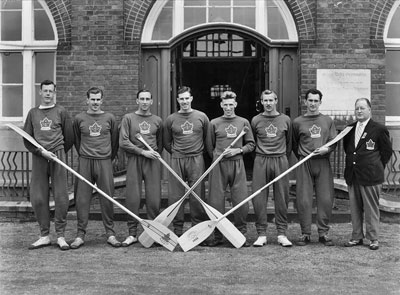 There’s no secret meal that Mark swears by ahead of a competition, but watch out after the race is over. He loves French fries and claims he can eat them all day.  He’s also lost track of the number of canoes he owns (6 or 7, perhaps) as well as a variety of paddles suitable for different conditions. “I’m always trying different blade widths, paddle lengths and shaft stiffness, always trying to get a little bit faster,” he says, although admits that he mostly just use 2 or 3 that are his favourites.

An inspiration to all younger athletes, Mark reminds those just starting off the importance of dreaming big and believing in themselves, no matter what. “You’ve also got to make a plan on how you want to get there,” he advises.  “It’s a lot easier to get to a destination if you have a map, even if it’s only a vague one when you start, you can always add to it.”

And when that Canadian flag is raised above him on the podium, what goes through his head?

“It is hard to put it into words, but I guess it’s just incredibly proud.  We are so lucky to live in such a great country and to have so many opportunities in life.  It is really an honour to wear the Maple Leaf, and seeing the flag being raised and the anthem playing is truly amazing.”

We’ll all be cheering for Mark Oldershaw along with his family this summer, and all Canadian athletics!