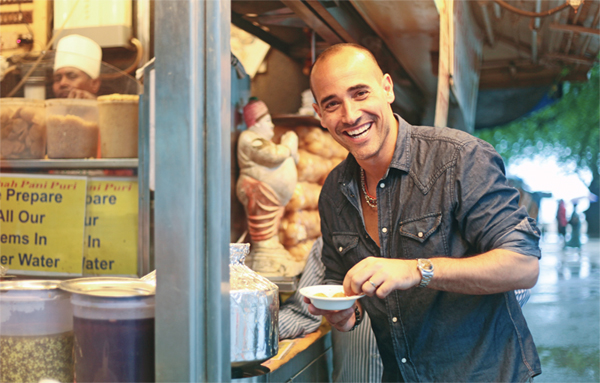 Celebrity chef David Rocco is a familiar face to many Canadians. He is an executive producer, best-selling author and host of two internationally syndicated TV series. But most of all, he is proud of his Italian heritage and how this has shaped the way he approaches food, cooking, family, friends and life itself – “dolce vita,” translated as the “good or sweet life”.

David’s culinary passion came from what he’s learned from his large Italian family and his world travels, watching, learning and cooking every step of the way. His mother Josie was a big infl uence, but so were his aunts, grandmother and various relatives that gathered around a stove to prepare meals. “I was always in the kitchen,” he says, “Even in the 1970s when Italian cooking wasn’t trendy and most people thought it was just spaghetti and meat balls, I loved and appreciated Italian cooking.” 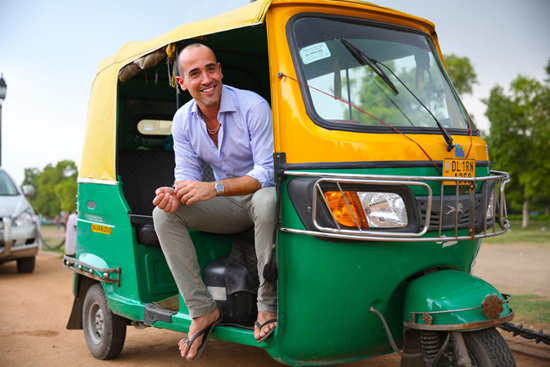 David grew up travelling to Italy at least one month every year. When he was 26, he spent an entire year in all regions, “I went into over 100 kitchens and observed how and what they were cooking,” he says.

“Dolce Vita”, says David, “has nothing to do with the money you have. It’s all about being present in those moments in life that bring you joy and makes life good. Th ese are moments like breaking bread with family and friends, taking time to talk with a barista over a cappuccino, or having a glass of wine with a meal.”

It’s no coincidence that David’s TV show is named, “David Rocco’s Dolce Vita,” and celebrates Italian cooking. It is seen in over 150 countries world wide including Canada, the United Kingdom and India.

He’s also got three cookbooks to his name and about to launch his own wine label. “Th e three wines, Prosecco, Chianti and Pinot Grigio, are all considered ‘everyday wine’,” explains David, “as of October 23, they will be available in LCBOs well as across the US and Italy.”

David recommends his Prosecco as a perfect complement to pizza, “and much less expensive than Champagne! It’s just something else that makes the every day life good”, he adds. 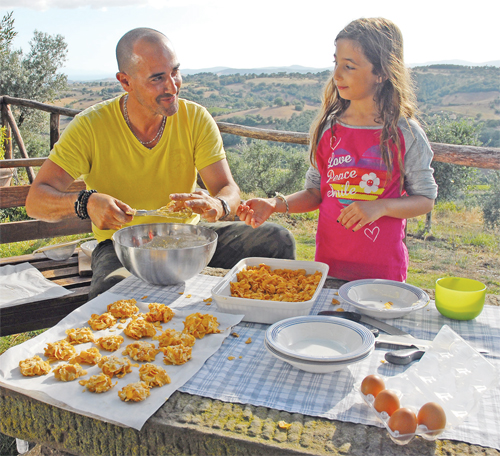 David’s latest TV show was produced in India. “We got a call from a television network there asking if we would do a show,” he says. Th is year, a Canadian crew flew with David to India and over the course of nine weeks, shot the series, “David Rocco’s Dolce India.”

By both learning and teaching in India, David uncovered a surprising number of similarities between Italian and Indian cooking traditions. “Both cultures have strong family influences,” he says, “eating is all about being together cooking and eating as a family. Both traditions also include the rich flavours of onions, garlic, and tomato paste, as well as legumes, lentils and chickpeas.

Although a declared “foodie”, David’s favourite dish is pasta. “I could eat pasta three times a day, “ he admits. He also encourages people to think of pasta as a simple dish that should be made fairly quickly. “I don’t start my sauce until start boiling the water for the pasta,” he says. He also never throws the noodles at the wall to test if they are done.

Once you’ve mastered a good tomato sauce, there is no end to what David likes to add to vary the dish. Cream changes the sauce, ricotta changes it again. A handful of chopped anchovies, olives, and capers turns it into pasta puttanesca.

As for pizza, David reminds us that the best pizza comes from the town where his family originally came from – Naples. Neapolitan pizza is known for its thin, crispy crust, something that has more to do with the region than the cook. The flour and water in Naples are the secret to the great crust. For the same reason, New York has great pizza – the minerals in the city tap water match that of Naples.

David grew up in Scarborough, then Woodbridge. Today David lives in Toronto with his wife and business partner, Nina, and three children.

• Vine-ripened tomatoes in season are the best but second choice should be canned tomatoes. In off-season, like January, canned are actually tastier and more nutritious than the fresh ones in the grocery stores.

• Cook the pasta until 30 seconds before it is al dente, and then add it into the sauce you’ve just made. The final time, as it mixes, will make the consistency perfect.

• No need to put oil in the water so the pasta doesn’t stick. Just stir for the first 30 seconds.

• Always save a bit of the pasta water to add to the sauce so it clings to the pasta. The whole dish should be combined together, not served with the sauce sitting on top!