Funny, Honest, Heartfelt – This is This Life 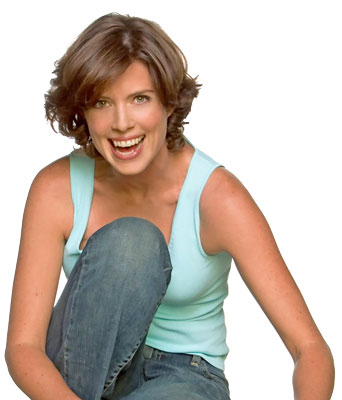 The versatile Canadian Actress, Torri Higgins, has enjoyed a wide range of drama genres – from comedy, horror, drama, action, historical, SCI-Fi, docudrama, and more. In fact, you’ve probably seen her and perhaps not even realized it.

She’s had many rolls in TV dramas (e.g. Criminal Minds, Chase, NCIS), made-for-TV movies (e.g. Family of Cops, Stephen King’s Storm of the Century), and Hollywood hits (e.g. The English Patient). Some may have watched Canada, A People’s History where she had various roles including Agnes Macdonald! In recent years, many have known her as Dr. Elizabeth Weir on the Sci-Fi channel series, Stargate Atlantis or Katherine on The City. And unlike some actors, she’s able to switch from film and television back to theatre. She’s appeared in theatres across Canada and the US such as Toronto’s Soulpepper Theatre, the National Arts Centre and The Noise Within Theatre in California.

If she is still not a household name, this will change after the premier of a new television series This Life, the first episode airing on October 5, 2015 and starring Torri.

This Life follows the life of a woman with one year to live, following her diagnosis with cancer. Although at one time a “taboo” topic (it used to just be called the “C” word), these days cancer is talked about, read about and spoken about. There’s hardly anyone you know whose life hasn’t been touched at some point with a cancer diagnosis – their own or a loved one. In This Life, the writers and Torri, demonstrate that it is time we put the reality of what having cancer means into the accessible – and entertaining – format of television so we can all make our own connections.

“Some people will cry, especially if they have a personal connection with the story” says Torri, describing the new series she stars in as the lead character. “But I hope others will laugh, even if it is just a release from emotion.” The busy star of stage, screen and television certainly comes across as fun, hopeful and optimistic; despite the fact that the role is about a serious subject.

She adds that This Life certainly isn’t intended to be a “downer”. Described as funny, honest and heartfelt, the series follows the life of a regular family whose world turns upside down overnight when the mother is diagnosed with a cancer and is given a year to live.

Born Sarah Victoria Higginson, Torri was influenced by the power of theatre at an early age. With Welsh heritage, it is no wonder her family is steeped in theatre.

With both parents involved in Ontario’s Stratford Festival, Torri had the opportunity to meet Patsy Rodenburg, a world-renowned master voice and Shakespearean teacher. Torri decided that she wanted to study with Rodenburg at the famous Guildhall School of Music and Drama in London England. 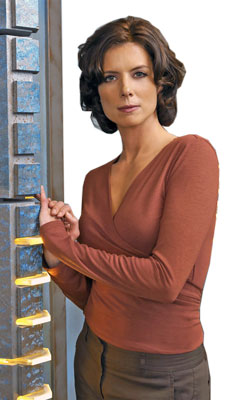 When she finished training, “I decided I needed a secure job”, she explains, believing for a time that she’d pursude a different path. But she found she couldn’t leave her love of acting.

This Life series, her latest achievement, is an English adaptation of a popular French series, Nouvelle Adresse, rewritten and produced for an English speaking audience. “It is beautifully written,” says Torri. The 10-part series focus on Natalie Lawson (Torri’s character), a lifestyle columnist and single mother in her early forties who receives a terminal cancer diagnosis in the first episode. She then sets out to helping her three teenage children get ready for the future, while trying best to live in the now.

Although Torri doesn’t have a personal connection with cancer, she certainly has seen friends go through illness that led to death. “Every time it has happened,” she describes, “I’ve been shaken to the core, but also, something heartfelt has always come from it.”

One curious aspect of starring in the series is the peace of mind Torri felt going into the project over whether or not the series would be renewed. “There’s always an insecurity with actors about whether or not you are going to get written out of a script,” she says, “It was a wonderful relief with this one that I knew where it all ends!”

Turning her attention to something new is just fine for Torri, who never seems to run out of roles, “Canada’s been so good to me,” she adds. Once she finishes taping This Life in early October, she returns immediately to Toronto as part of the cast of the play Domesticated, opening at Canadianstage in November.

Most of the time, she divides her time between Los Angeles, Vancouver, Montreal and Toronto. But she loves returning to downtown Toronto, where she gre up, to visit family and friends, and until recently, to walk her dog (the Magical Mystery Mutt) along the boardwalk in the Beaches.  “I got to love road trips because of that dog,” she says, “I didn’t want to put him on a plane so I’d drive all the way to LA from Toronto. I got hooked on crossing the country by road!” Although her beloved dog passed away last year, she continues to drive when she can.