What may feel like a NO, is a big YES! 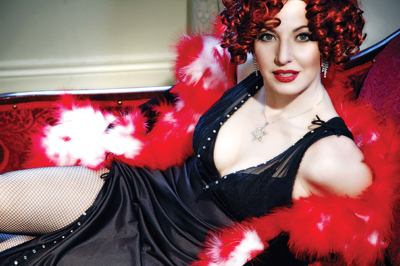 What do you get when you combine an actress and a rabbi? The answer is Tracey Erin Smith. Critics have described Tracey’s one-woman show The Burning Bush as “brilliantly funny,” “provocative and hilarious.” She has taken this award-winning comedy across Canada and to off-off Broadway.

From a very young age Tracey wanted to become a rabbi. The choice made sense because of her religious school upbringing. She thought that becoming a rabbi would feed her soul – until she discovered how hard it would be to become one. Writing about it was much easier.

Performing is a family affair in the Smith household. Tracey would often accompany her mother (who was a commercial actress and singer) to set. Her family was always supportive of her love of theatre. In her teens, she attended Claude Watson School for the Performing Arts and later studied at Studio 58 in Vancouver.

“I felt blessed to have my mother coach me for my Studio 58 audition—not many parents encourage their kids to have creative careers,” says Tracey. 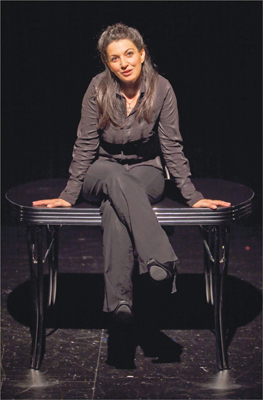 Inspired by a riveting Lily Tomlin one-woman show, which she saw with her grandmother as a child, she wrote her own show. “The challenge when you get out of theatre school is to land a job,” she reveals. In fact, Tracey is a big believer in creating your work and figuring out what you want to say as an artist. The Burning Bush was her opportunity.

The play is about a woman who is studying to become a rabbi but gets thrown out of rabbinical school, befriends some strippers and becomes the world’s first stripping rabbi. Basically, it is about finding your path after your dreams have been thwarted and trusting that what feels like a NO is a big YES.

“The play has a universal theme we all can identify with. Everybody is trying to find their own path and feel good about it,” says the actress.

Translated into English, the word rabbi means teacher and that is what Tracey Erin Smith has always wanted to do. Stories have the ability to transport you to another time and another place. Part of her life’s mission is to show people that their story is important.

She teaches adults aged 18 to 80 improvisation and how to make their own one-person show at Second City and at Ryerson University. Her  students are not actors or writers; they are everyday people who are curious about performance art.

Tracey helps her students bring out their own compelling life stories. She believes that often the most “average” person has the most outrageous and engaging stories to share.
Tracey and her two musicians, Drew Jureka and Rebekah Wolkstein, will perform at this year’s Let’s beach! 2010. She is thrilled to be involved in the event and looks forward to seeing the theatre biographies that will unfold.