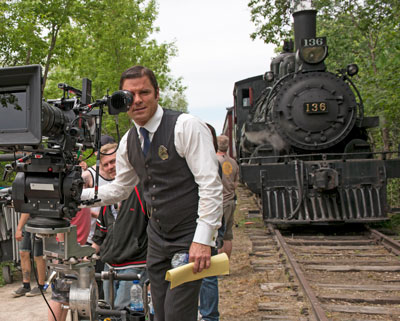 Yannick has a long list of credits to his name. You may recognize him from his roles as FBI Agent Jack Hudson in the series Sue Thomas: F.B. Eye and Joey Barrett in High Tide. In Murdoch Mysteries he plays a persistently clever police detective in Toronto in the 1890s and early 20th century. Yannick was given credence to Access Hollywood’s claim several years ago as, “one of the six hottest most up-and-coming actors to look out for.”
Born in Montreal, Yannick’s family moved to Toronto when he was a child growing up. They lived in various places including the Beaches. His father first noticed his interest in acting and encouraged him to audition for child actor roles. Through his teenage years he attended Highland Junior High, Eastern Commerce and Central Commerce.

“My approach to life,” he says, “is that life goes past really quickly, and too often people look back and then find it’s too late to start working on their legacy. How you do things – how you treat people – that is all that matters.”
Yannick’s inspiration for how to play his character comes directly from his own list of favourite detectives: Rockford, Columbo, Matlock, Magnum PI, even James Bond. But he particularly enjoys “channeling” Barney Miller (played by Hal Linden). Miller represents for Bisson what its like to be the “sensible sane one’ in a precinct with all the nuts around him,” says Yannick laughing. “I’ve learned a whole appreciation for the role of the ‘straight man’ in comedy.” 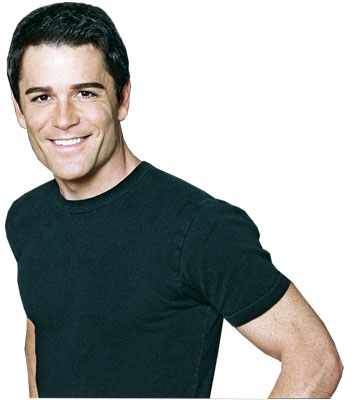 Filming a show like Murdoch Mysteries that depicts life over a century ago has many challenges. “There was behaviour back then that was acceptable as proper and civilized;  and behaviour that was frowned upon. For example, people back then didn’t show public affection. These are the details we have to keep in mind when writing and acting.

Although set in Toronto, you won’t find any familiar location shots. “The police station, the morgue, etc. are all inside our studios,” he says, “because it would take too much film alterations to get rid of all the modern elements.” The studio being used is located at Warden and Eglinton. There also are a couple of places on the back lot for outdoor shots, plus shooting often takes place in smaller towns outside Toronto.

At the age of 19, he married his childhood sweetheart, Chantal Craig, a Toronto actress, producer and writer. The couple has three daughters. Their eldest, Brianna, is a Toronto makeup artist and Dominique is in marketing and merchandizing for the fashion industry. The youngest, 19-year-old Mikaela, attends school in Switzerland.

When the Paris attacks took place in early November, Mikaela was staying in downtown Paris. It took Yannick a while to get through to her by telephone, when he found that she had safely returned to her hotel room. “I have never been so scared in all my life,” he said a few days later.

True to character, Yannick and his family live on a quiet cul-de-sac in East York. Their house has been featured in various magazines because of its unique design. Several years ago the couple hired an architect to transform their small, plain ­bungalow into a series of interlocking cubes. Yannick crafted the fireside bench out of pine beams himself, which he salvaged from a 200-year-old barn used on his show. 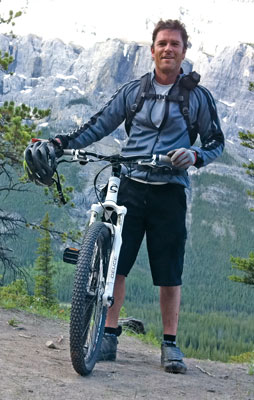 One of Yannick’s pastimes is riding his bike through various city trails, in particular the Don Valley, or walking his dogs in Taylor Creek Park. The family currently has three “four-legged kids”: two boxers and a bulldog. He and his wife also enjoy eating out at local restaurants.
A big supporter of charities, they are long-time supporters of Sheena’s Place for eating disorders, and currently very involved in Childhood Cancer and Camp Oochigeas for kids with cancer.
Yannick’s list of what he wants to pursue after Murdoch Mysteries is getting longer every year. A film he directed is being premiered at the Sundance Film Festival next year.

As season nine of Murdoch Mysteries opens, it is now 1903. Murdoch and his colleagues continue to solve the unsolvable, coming face-to-face with everything from an impossible bank robbery to a threat to destroy Canada.
Murdoch Mysteries, cbc.ca