BBQ and the Beast – A Modern Day Bromance 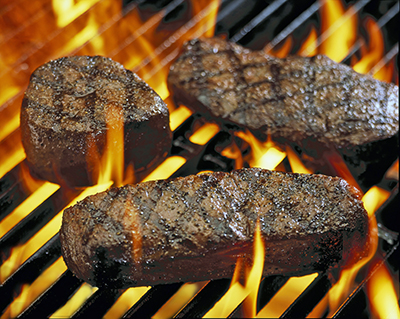 These famous words from the classic musical, Grease, have been known to stick in the head of many a romantic as summer draws near. But one must wonder: When it comes to men, are they thinking about the “grease” associated with their beloved barbecues?
As a female who is (somewhat) terrified of the BBQ’s gaping mouth, spitting fire at me whenever its jaws open wide enough for me to peek inside, I often contemplate why men love it so. Here’s my theory:

Once upon a time, men did not take on their fair share of domestic duties. Historically, kitchens were pretty much free of testosterone. (Until meal time.) And yet, when it came to lighting up the BBQ, the men would be the first ones out the door, brandishing oversized utensils and devices to make fire.

Call it a modern-day bromance, but there’s something about the BBQ that brings out the untamed beast in every man. They’ve got everything they need to ignite the flame, if you will. Fire. Slabs of meat. Sizzling, crackling, spitting. Smoke. Grease. One can almost hear the “roar” of their inner caveman, as they proudly beat their chests with dirty fists, grease stains on newly washed shirts.

No one is around to tell them to wash their hands, clean up after themselves, or watch for soiled fingerprints on the refrigerator door. For the moment, they are free from all of these civilized expectations. And so they stand en guard over their prey—er, steaks—salivating as the wind carries the scent of meat to their nose, tempting them as they silently, patiently wait. 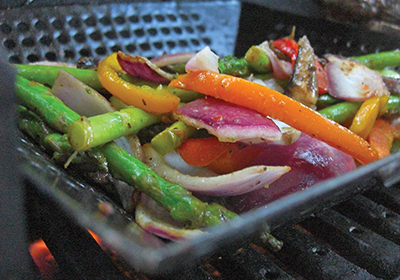 Women often complain that men don’t get in touch with their emotional sides. Well perhaps getting in touch with their primal selves should be good enough. It’s a love affair between BBQ and the beast, one that the ‘fairer sex’ will never fully understand.