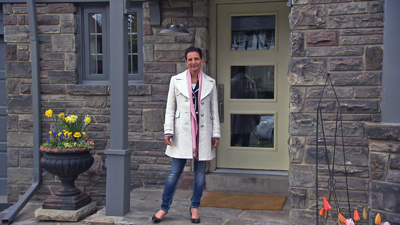 If you have never been on a reality show, with its booming popularity in today’s entertainment, you must have watched one at some point. Ever wondered if  “what you see is what is real?”

Cynthia’s Tudor style beach house shone with her personal decorating touch. As the winner (with the highest score) Cynthia won a $1,000 cash prize and her décor will be featured in Style at Home magazine.

We caught up to Cynthia to find out a bit more about her experience: 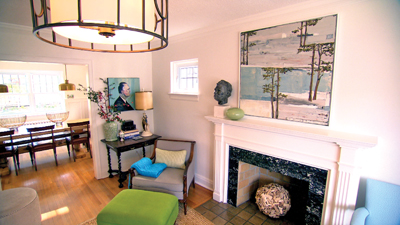 Cynthia Zamaria’s friends believed that she had decor-ating talent. When they saw a casting call for house-proud people to take part in a new design reality show on HGTV, they immediately thought of her!

The producers were seeking amateur decor enthusiasts who had a range of home styles to showcase. After checking it out, Cynthia thought it would be interesting to see what others had to say and if her style could stand the test of the competition.

Being a fairly private person, at first Cynthia was nervous about having a very public open house on national television, complete with running commentary from three voyeurs. But she was pretty confident in her design choices, and how she’d turned a traditional house into a bright, family home that mixes old with new, treasures with trash and fun with serious.

What surprised Cynthia was how much fun it was making the show. She describes her cast mates as “a riot”….“We hit it off immediately.  Each had such a strong personality and decor point-of-view.  We totally forgot about the cameras and had the best time – I didn’t want it to end.”

In the end, Cynthia learned lessons from being on a reality show that related to both home décor and life. Thanks to her cast mate Barbara, she’s now going to add some leopard print somewhere in her house. And she’s also learned to take risks, laugh at herself, and the value of doing something different that stretched her and kept her mind open to feedback.

“I’d do a reality show again in a heartbeat,” she concludes, and notes that the experience has helped redirect her career: “It’s given me the courage to start my own design business”, she says.