A True Canadian Sport for Over 150 Years! Lacrosse 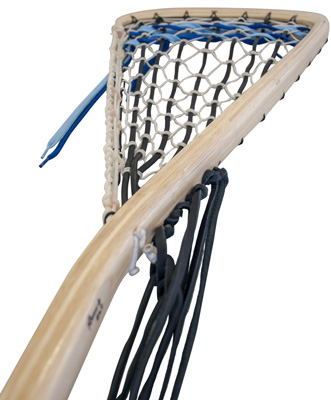 Lacrosse is one of the oldest organized sports in North America. It was first played hundreds of years ago as a field game by First Nations people who played on an area that could be over a kilometre in length. One legend tells us of Chief Pontiac’s Rebellion of 1763, where the game was played in order to distract British soldiers and gain entry to their guarded fort.

The early explorers and settlers in Canada certainly were aware of the sport. One of the first written Canadian references to the activity of lacrosse appears in the 1637 journals of Jesuit missionary, Jean de Brebéuf. In his journal, Brébeuf records entire villages playing each other in games of “crosse”.

By the mid-1800s, non-indigenous people had also become very interested in playing Lacrosse. By the time Canada was formed as a country in 1867, organizers created the National Lacrosse Association of Canada. Lacrosse continued to enjoy sustained growth, spreading from coast to coast, and even taken up by teams in Great Britain. By 1900, many considered it Canada’s favourite sport.

Although Lacrosse has been played in Canada long before confederation, it wasn’t until 1994 that the sport was confirmed by parliament as Canada’s official summer sport (and hockey named as our official winter sport).

Today Canada continues to have a very strong Lacrosse presence in world competitions. Our national team often competes against two other very strong teams, the US team and an indigenous team. The Iroquois Nationals represent the Haudenosaunee (commonly referred to as Iroquois or Six Nations) on both sides of the Canada–US border. The Nationals are the only indigenous team that has been sanctioned to compete in international sporting competitions.

In 2014, Canada won the men’s world championship, defeating the United States, while the Iroquois Nationals finished third. Two years later, the Canadian team finished second at the men’s under-19 championship, with the Nationals coming third.

Lacrosse is a team sport in which players pass, catch, and carry a rubber ball, using sticks with a netted pouch at one end. The object is to accumulate points by shooting the ball into the opposing team’s goal. The game has evolved over the years. In Canada today, there are now four distinct games: men’s field lacrosse, women’s field lacrosse, box lacrosse, and inter-crosse. Our national lacrosse teams (men and women) rank highly in the world standings, both in field and box lacrosse.