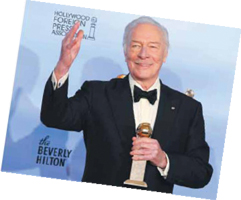 The Golden Globes® is seen as the official kick-off to the awards season, and what a way to kick off the season with a Canadian winning. Again this year, Canadians are well represented in all areas of the arts during award season. Movies, televison and of course music are all finding more and more Canadians on the nomination ballot as well as at the podium.

With the Oscar® and Grammy® nominations announced, what other Canadians can we expect to see receiving major awards this year?

With more and more Canadians making it big in the U.S, and internationally, here is your chance to see them up close and personal in their “Home and Native Land”.