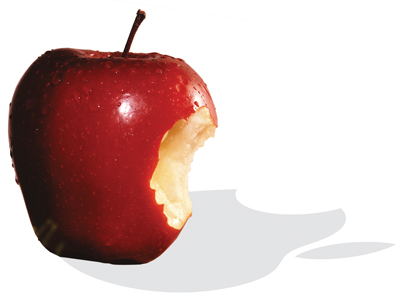 We’ve all heard “an apple a day helps keeps the doctor away,” but here are some apple tid-bits you may not have known.

The Apple Computer logo symbolizes knowledge (the biblical apple was the fruit from the tree of knowledge). The bite out of the apple could also be pronounced “byte”, a computer technology.