Oscar nominations are in and the entertainment world is a-buzz with predictions and dark horses! Lincoln leads with 12 nominations and Life of Pi, based on Canadian Yann Martel’s award-winning novel, earned 11 nominations, including best picture – a surprise perhaps for some.

Each year the awards are predicted by Farsite, a data science firm that uses scientific measures to predict probability of winning. Currently, Farsite predicts Lincoln as the undisputed leader for Best Picture. The film has 42.8% odds of winning, around 10% above Silver Linings Playbook. It also gives Stephen Spielberg 41.8% chance of winning best Director (for Lincoln).

Our pick? Lincoln. And besides, he is one of America’s favourite presidents.
The lead actor race is sure to be interesting, with Daniel Day-Lewis for his portrayal of Lincoln favoured (we say, yes to this). His rivals include Hugh Jackman as Jean Valjean in Les Miserables and Bradley Cooper in Silver Linings Playbook.

The best actress category includes the oldest-ever nominee against the youngest ever: 85-year-old Emmanuelle Riva, in Amour, and 9-year-old Quvenzhané Wallis in Beasts of the Southern Wild. But given the recent People’s Choice winner, we say Jennifer Lawrence in Silver Linings Playbook just to mix it up a little.

Lots of competition for supporting actor – who can predict this one! Tommy Lee Jones was fabulous in Lincoln as Thaddeus Stevens, Alan Arkin the perfect Hollywood director in the hostage thriller Argo. Watch out for veteran Robert De Niro (in Silver Linings Playbook) and always a favourite, Philip Seymour Hoffman (The Master). Maybe the dark horse will be Christopher Waltz? (we don’t think so, our prediction says Jones). 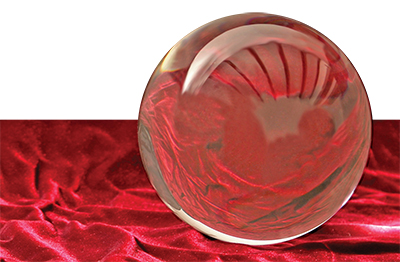 For supporting actress category, past-winner Sally Field is a contender for her portrait of former First Lady Mary Todd Lincoln. Competition includes Anne Hathaway who sings and acts in Les Miserables and Helen Hunt as a sex surrogate in The Sessions. Our nod goes to Sally.