Harvest festivals around the world 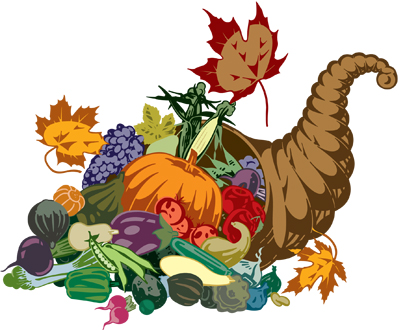 What you don’t know could fill a cornucopia.

North America – Thanksgiving was brought to North America by European settlers and first held in Canada in 1578. This celebration evolved out of the Jewish holiday of Succot, an ancient harvest festival of the Israelites.

Ancient Egypt – This spri ng-time harvest festival was dedicated to the honor of Min, their god of vegetation and fertility.

Ancient Greece – The ancient Greeks worshipped Demeter as their goddess of all grains each autumn at the festival of Thesmosphoria.

Ancient Rome – Cerelia, a harvest festival on October 4, was dedicated to the honor of Ceres. Ceres was their goddess of corn (from which the word cereal comes).

Eastern Asia – The Moon Festival also known as the Mid-Autumn Festival, is a popular celebration of abundance and togetherness, dating back over 3,000 years to China’s Zhou Dynasty. In Malaysia and Singapore, it is also sometimes referred to as the Lantern Festival or “Mooncake Festival.”

Ghana & Nigeria – The Yam Festival is usually held in the beginning of August at the end of the rainy season. It is named after the most common food that goes by the same name in many African countries.

Korea – Chusok or Chuseok is a major three-day harvest festival holiday celebrated on the 15th day of the 8th month of the lunar Korean calendar.

Northern India – Vaisakhi, also known as Baisakhi, is a long established harvest festival in Northern India and has religious significance for both Sikhs and Hindus. It falls on the first day of the Vaisakh month in the solar Nanakshahi calendar (April 13).

Onam is an annual 10 day harvest festival during the month of Chingam (August/September). Celebrated mainly in Kerala, it is a popular festival among the cultural repertoire of Malayalees.