Hockey Premier for the Novice – the History of the N.H.L. 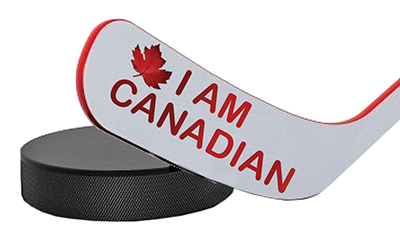 What makes you a Canadian?

So, why all the fuss and buzz when the NHL season resumed in January after a long delay.

Hockey is truly Canadian. Not surprising, the first hockey games in North America took place in Canada around 1870 when British soldiers stationed in Nova Scotia played on frozen ponds and McGill students faced off against each other in Montreal. This led to an early amateur hockey league in Kingston. The sport then grew so popular that in 1892 Lord Stanley bought a silver bowl and decreed that it would be given each year to the best team in Canada.

It soon was time to consider professional hockey, and this, interestingly enough, started in the United States in 1909 with the National Hockey Association – but consisted mostly of teams from Ontario and Quebec. In 1914, the NHA played against the new Pacific Coast League (PCL) and the winner received Lord Stanley’s Cup.

But it wasn’t until after World War One that the actual National Hockey League (NHL) was created, with the Montreal Canadiens, the Montreal Wanderers, the Ottawa Senators, the Quebec Bulldogs, and the Toronto Arenas. The league’s first game was held December 19, 1917, and played 22 games. Toronto won that first season, which meant it played against the PCL champion, the Vancouver Millionaires, and took home the Stanley Cup. 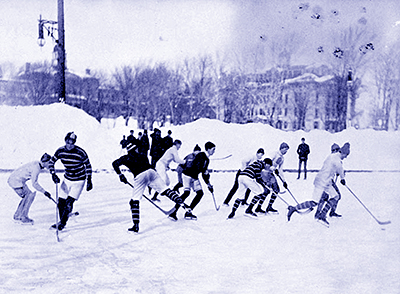 The PCL folded in 1926 and finally the NHL officially became the only North American professional hockey league. It now had ten teams from Canada and the USA, two divisions, and it took control of the Stanley Cup. A couple of highlights since then include:

Today, as the NHL approaches its 100th anniversary, there are 30 teams.