Look on Winter’s Bright Side 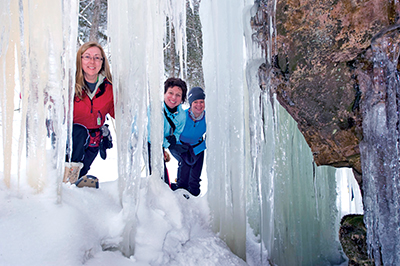 It’s no secret that Toronto has had more winter this season than in recent years. You know what they say, “if you can’t beat ’em…” let’s try to give winter a chance. Consider our neighbours to the north: Northern Ontario, Alaska, The Territories and Scandinavia including Iceland! Residents of winter wonderlands live a good part of the year without a whole lot of sun to provide them with daylight or heat. So the next time the winter weather is getting you down, think of our friends to the north and make the best of it.

Northern Ontario – Walkin’ in a Wildlife Wonderland
Just 1,495 km away from Toronto is Ontario’s northernmost community, Fort Severn. Situated along Hudson Bay, temperatures regularly hit the -30s and -40s during the winter months. Your first instinct might be to hibernate until summer, but it could be worth it braving the cold to see arctic wildlife such as polar bears, caribou, snowy owls and arctic foxes.

Alaska – Snowing Cats & Dogs
In any given year, the coldest parts of Alaska will be covered in 200-250 cm of snow. The highest annual average in the city of Valdez is over 760 cm – that is 25 feet of snow! When it snows this much, people make the most of it by skiing, snowboarding, dog sledding and having snowball fights. These are just a few winter adventures that Alaskans enjoy doing.

Nunavut – Northern Lights Decorate the Sky
In Nunavut, it’s not uncommon to see a snowfall in the summertime. The average temperature reaches a mere 11 degrees in July and August. While year-long winter temperatures might not be your thing, our northern countrymen can literally look on the bright side during their long, dark winters while the northern lights decorate the night sky!

Scandinavia – Lots to Love in Norway, Sweden, Denmark, Finland and Iceland
February is infamous for being the coldest month in these northern European countries. In fact, constant freezing and polar nights (24 hours of darkness) are not unheard of. Good timing though, since February is also the month of love. Imagine spending polar nights cuddled up with family or loved ones in front of the fireplace, sipping on hot cup of Glögg and watching an old classic on TV. Some would enjoy sitting around a table sharing a hot-melted cheese fondue. A (polar) bear hug for some extra warmth and a little bit of TLC is a great way to fight the winter blues. 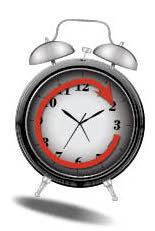 ON the Bright Side

Still feeling like you need less cold and more light? The days are already getting longer!

Don’t Forget – turn your clocks ahead 1-hour on March 9. Your days will be 1-hour brighter!