Thank you for your stories of what you did this past summer. It truly sounded like everyone had an awesome time. We have two winners, one from each age grouping. Each winner will receive a $25 gift card to Staples Business Depot. We hope you enjoy their stories as much as we did. 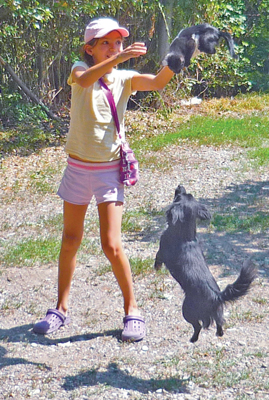 This was an AWESOME summer! I left from school early to go to Serbia where my grandparents, aunt, uncle and cousin live. I went there with my mom and sister. When we arrived we stayed at our grandparents’ apartment in downtown Belgrade. We’d usually go every night, before bedtime, to a street called Knez-Mihajlo where the most popular stores are. Also, we went to a beautiful place called Tashmaydan where you can take a walk while your child is on the climbers. We’d also go to Serbian restaurants and their delicious Serbian foods. I went to a dance school where they interviewed me for the main newspaper called Politika. I also went to my aunt’s family’s farm. I fed their pigs, cows, and chickens. I also gave the calves water from the pacifier attached to a bucket and collected two eggs from the chickens.

A few weeks later, me and my family went to a country in Africa called Tunisia. We were in a city called Mahdia. At the hotel we were staying in they taught me many African songs and dances and every night I would watch hilarious plays. I enjoyed swimming in the see, but sadly I got stung by a jellyfish. I also swam a lot in the swimming pools.

When my dad came we went to a village called Goric where my other grandparents live. We played many sports, for example volleyball, softball, and catch. I also made a swing which I later painted. Also, I enjoyed helping in their garden and picking fruits and vegetables that grew there. They own a forest and have four cats and a dog, with whom I enjoyed playing with and feeding. We would often visit the nearby city called Valjevo.

After a few weeks we returned to Belgrade in which we stayed for three days. There we went to the famous Belgrade Beer Fest and listened to Serbian rock music. My Godparents, God-brothers, and me, my sister and dad went to a restaurant.

Now you know what I did this summer. 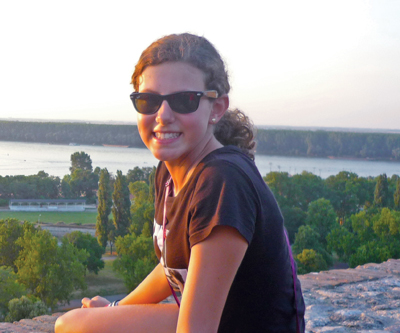 I just had the most fun filled adventure of my life! There were so many things I did, I would need 350 billion words to describe my summer! But because I’m writing an essay, not a sequel to Anna Karenina, here are one of the many things I did this summer.

My school year was cut short because I got to go on vacation early. Score! But unlike most of my friends who were staying behind in Canada, or going down to the States, I was lucky enough to visit Serbia, a country in the Balkans, and visit my family.

To get to Serbia though, I would have to take an airplane for eight and a half hours to Rome, and then for an hour to Serbia’s capital, Belgrade.

The plane rides to Serbia went by slowly, making the trip seem like weeks, not hours. My excitement grew the closer I came to Belgrade. I was thinking of all the things I was going to

do this summer, from going to Tunisia, to shopping in renewed Knez Mihajlova.

When my mom, sister and I arrived in Belgrade, we were greeted by my uncle and cousin, who were ready to take us to the heart of the city so we could stay with my moam’s parents.

The following days were filled with events and trips to places all over Belgrade. One day we visited the zoo. Another we went shopping. The next we visited monuments and museums of Serbian historians. But after a week my adventures in Serbia had to temporarily end; it was time to go to Tunisia!

When we returned to Belgrade, we were all tanned and ready to go exploring the majestic city once again. But this time, we were going to have some more fun!

My sister cousin and I went to one of Serbia’s largest waterparks. There were tons of slides, each more thrilling than the next. But just like Tunisia, this fun would have to come to an end.

I returned to Toronto after two months of being with my Serbian friends and family, and I can’t wait to do it again next year!