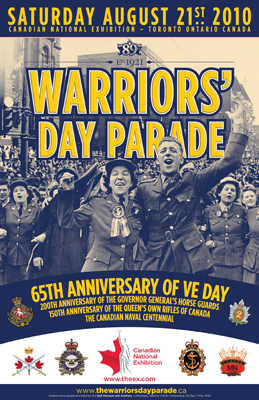 Many military and para military can take part!
General Walt Natynczyk, CMM, MSC, CD – Chief of the Defence Staff will be the distinguished guest of honour and reviewing officer.

What a parade this will be!
For more information about the Warriors’ Day Parade or how to participate, visit www.thewarriorsdayparade.ca

Relax in an art chair
This year enjoy sitting in one of 150 Muskoka chairs placed around the EX. Over 2400 school children helped decorate the chairs.

A greener than ever fair:
The CNE is actually the world’s “greenest” fair and this year, once again, commits to being green! Last summer, the CNE recycled 77.3% of its total waste, which was diverted from landfill! 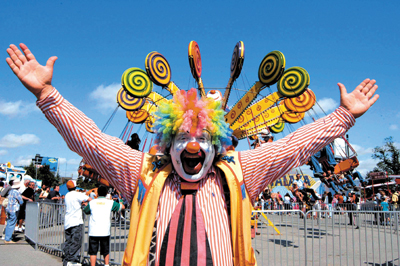