Live the Life You Want. Leave Fault at the Door. 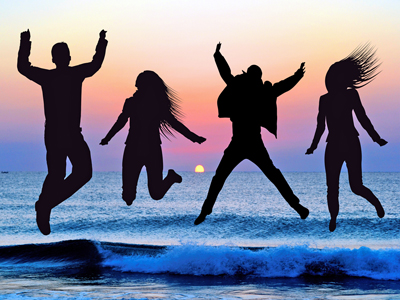 Blaming others is one of the most common reactions we have when something doesn’t go our way. We don’t mean to do it. But it is just so easy to say, “I was late because the bus was slow.” Over time, this kind of mind-set becomes a routine way of thinking.

In fact, you can choose your mind-set for living the life you want. It is possible because you are in charge. You are the only one who can choose better relationships, healthier lifestyle, better time management, and better ways to treat yourself.

There are many inspiring examples of people who have faced serious challenges and still were able to live their life beyond blame.

For example, author Stephen King wanted to be a writer but was consistently rejected by publishing houses. He was so frustrated that he threw his first book in the trash! But instead of giving up and blaming others, King accepted that fame wouldn’t come right away. He persevered (his wife retrieved his manuscript from the garbage!), and today his books have sold over 350 million copies.

Another Canadian, “man in motion” Rick Hansen, continues to inspire us. Hansen had to completely re-think his life after he was thrown from the back of a pick-up truck when he was 15. Now a paraplegic, Hansen could have chosen to spend the rest of his life blaming others for the accident. But instead, Hansen went on to become a Canadian icon for spinal cord injury awareness, and through the years has raised milions for research.

And who could forget Canadian Olympic rower Silken Laumann? After winning a bronze medal at the 1984 Olympic Games with her sister, everyone expected her to win gold at the 1992 Summer Games in Barcelona. But two months ahead to the games, Laumann’s boat was rammed accidentally when she was preparing for a regatta in Europe. Instead of blaming the universe for her incredibly bad luck, she staged a remarkable recovery and with a specially fitted brace she competed at the games. Her bronze medal performance was one of the inspirational highlights of the games.

It is not always easy to turn away from blaming. But a few powerful statements can sometimes help turn “fault” into opportunity. Think of these phrases next time you need some inspiration.

When you blame others, you are affirming that you have no power. Your existence is only a reaction to the power of others. But you are powerful! Grab that power and start living!