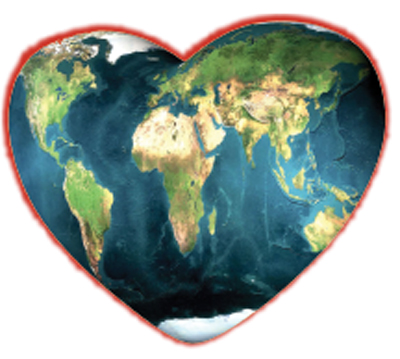 As Valentine’s Day is celebrated on February 14 in North America, this tradition has traveled around the world. Internationally the “Day of Love” is celebrated at different times, in different ways for different cultures. The celebration of romantic love as well as friendship and family is truly a global affair!

France “City of Love” February 14
It claims to have started the tradition of sending letters and cards when the Duke of Orleans, Charles, wrote the first Valentine’s card and signed his poem as “Your Valentine”. As its capital, Paris, is known as the “city of love”, on February 14, couples from around the world flock to the city to celebrate.

China, “Qixi Festival” July 7 (lunar calendar)
It celebrates love on the seventh day of the seventh lunar month, it is usually around early August. It draws its roots from the tale of two stars in the night sky that fell in love, and when they got married, the Goddess of Heaven became so furious that she created the Milky Way just to separate them. Part of the celebration today still involves going outside at night to gaze at the stars.

Germany – Pig is the symbol of  Valentine’s Day February 14
It is focused on lovers who exchange not only chocolates, flowers, and heart shaped gifts, but gifts related to pigs! The pig represents luck and lust, and can be given in picture form, as a miniature statue, in chocolate, even jewelry.

Finland & Estonia, “Friend’s Day” February 14
Valentine’s day came to Finlandand Estonia rather later. In 1980, it was combined with the traditional Finnish Friendship Day and therefore called “Ystävänpäivä”, which means “Friend’s Day”. The day is celebrated by friends as well as lovers and it remains a very popular day to get engaged or married.

South Korea February 14, March 14 & April 14
There are 3 variations of Valentines Day in South Korea, celebrated monthly from February through April. GIft-giving starts on February 14th with the women who woo their men with chocolates, candies and flowers. The tables turn on March 14th, a holiday known as White Day, when men become the gift givers and try to outdo the women. There also is a third holiday on April 14 when singles mourn their solitary status by eating dark bowls of black bean paste noodles.

Welsh, “Saint Dwynwen Day” January 25
Saint Dwynwen is the Welsh patron saint of lovers. One traditional romantic Welsh gift is a love spoon. Years ago, these intricately carved wooden spoons were worn by men as a tokens of affection for the women they loved.

England, “Valentine’s Day” February 14
On the eve on Valentine’s Day, women used to place five bay leaves on their pillows to bring dreams of their future husbands. Today, flowers, gifts and chocolates are more the customer. But Norfolk county (in the eastern region), there’s an actual Jack Valentine (also known as Old Father Valentine or Old Mother Valentine), who acts as a kind of Santa for Valentine’s Day! Children wait to hear Jack Valentine knock at their doors, who leaves small gifts for them!

These are just a few of the various ways love and friendship is celebrate around the world, and in many places, the celebrations vary according to the region. In our house, we used to decorate a “mail box for our valentines– with fancy paper, white doilies and cut out hearts.  What are your memories of Valentine’s Day?