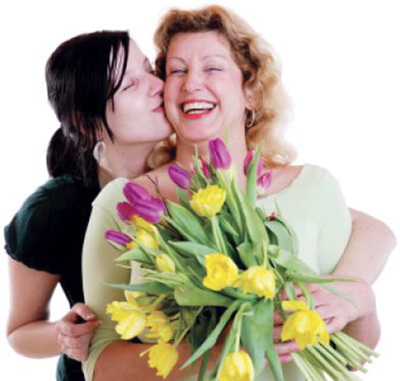 In Canada, Mother’s Day is the most popular festival after Christmas and Valentines Day. People pay tribute to their mothers on this day and thank them for their life-long love and support.

Australia & the U.S.A. – carnations are worn. A colored carnation signifies that a person’s mother is living while a white carnation is used to honour a deceased mother.

Japan – young children draw pictures called “My Mother” and enter them into an exhibit.

Sweden – they sell little plastic flowers before Mother’s Day, then use this money to send mothers with many children on vacation.

Yugoslavia – Mothers’ Day is observed in December. The children sneak into their mother’s bedroom and tie her up in bed (or just tie her feet!). When she awakes, she promises to give the children gifts that she has hidden in order to be untied.