Music for a Scary Night 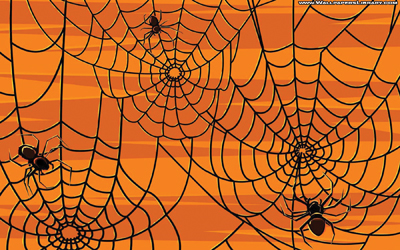 Want a little extra “scare” when those “trick or treaters” come to your door? Why not make your own Halloween music CD to play on October 31.  We’ve scoured all music styles to find some top favourites:

The Monster Mash
A 1962 novelty song by Boris Pickett – not that scary, but a perennial favourite with adults and kids.

Night on Bald Mountain
Written in the late 19th century by Modest Mussorgsky. Although it was never performed during his lifetime, it does create a scary mood from the very first note.

The Nightmare Before Christmas
From Tim Burton’s brilliant film, this is quintessential Halloween music from Danny Elfman.

Taccatto and Fuge in D minor by Bach
Imagine a crazed phantom of the opera playing a massive pipe organ. This piece is always in those old horror movies to warn you not to look!

Addams Family theme
We know as soon as you read the name you can hum the first bars, “da da da bump, snap, snap”…

Michael Jackson’s Thriller
Perfect pop song for Halloween, especially if you watch the video at the same time!

Film Score from Friday the 13th
Need we say more? Erie music at its best, and if you hear the music, you’ll get the chills.

Funeral March of the Marionettes
Known by many as “Alfred Hitchcock” music, a classic piece of spooky music by Charles Gounod.