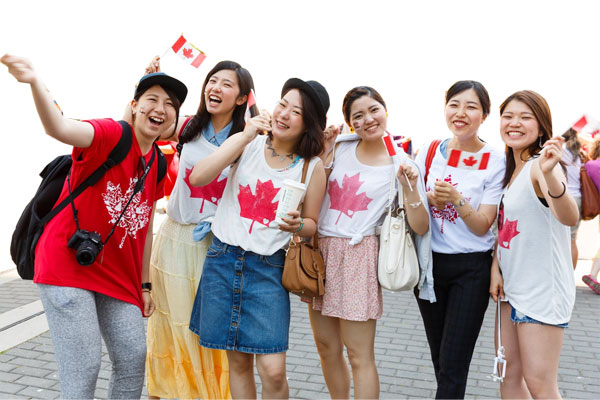 Do you remember me? We first met several years ago when the airplane I was on landed at Pearson International Airport in Toronto. The first thing I saw outside was white snow covering all the land around the airport. I wondered, “What have I done? I’ve left the country where I was born and now I am in a land that is new to me!”

Was I scared? Yes. But I also was excited. I had heard so many great things about Canada. There were so many things I needed to learn. I didn’t speak English very well and I didn’t know anything about Canadian customs and traditions. When I went into a grocery store for the first time, I didn’t even recognize all of the food varieties.

The first thing I noticed here in Toronto is that everyone was friendly and polite. I certainly wasn’t the person who had come here from another country! I heard multiple languages spoken that first week, which made me feel like I wasn’t alone. If I had a question, even though my English wasn’t very good, there was always someone who stepped up to help me out. Before long, I was using the TTC and could get around the city without getting lost.

As soon as I could, I signed up for English as a Second Language courses at a local high school. Everyone in our class was from different places in the world. The woman next to me was from China, the couple behind me was from Pakistan, there were two brothers from Brazil, and a family from the Philippines. We all joked about being the quintessential “new Canadians”! When we used the wrong words, we’d laugh with our teacher at our mistakes.

My new Canadian friends helped me understand and learn about Canadian traditions. I discovered butter tarts, poutine and maple syrup. I also went with a group of friends to one of the country’s beautiful parks, where we swam in the freshwater lake and paddled a canoe. That first fall, I celebrated Thanksgiving.

One of my proudest days was when I became a Canadian citizen. I still remember the ceremony, and how I felt that day.

I have been here almost ten years now, and I can’t believe how time has flown by. I still don’t like the cold in winter, but I do love seeing the snow fall so gently from the sky.  I am settled in my job and recently married someone whose family came as immigrants a generation earlier. Our children will be born Canadian citizens and we couldn’t be prouder. We will have our own family traditions but there is one thing we will ALWAYS do. Every July 1st, we will celebrate our adopted country, Canada.