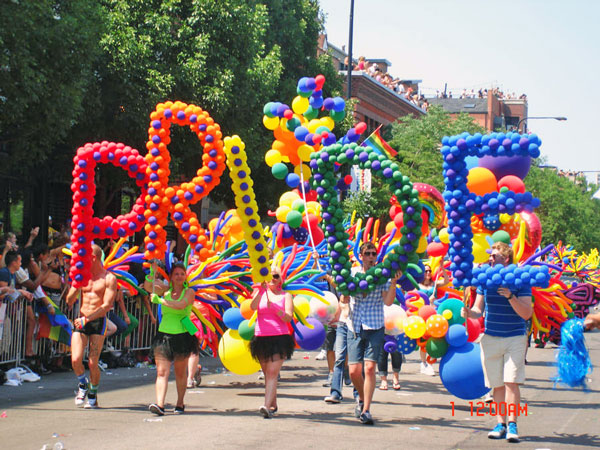 Pride Toronto is one of the largest Pride celebrations in North America. This June will be Toronto’s fourth Pride Month, and the 50th year since the Stonewall Riots, which sparked the movement in the USA and around the world.

The events that take place from June 1-23 have become a major Canadian arts and cultural event. Everything culminates in the annual Pride Parade, which is said to attract around 1.2 million spectators each year.

Across the globe, similar events are held during this special month. June was chosen because it is when the Stonewall Riots took place, back in 1969. The riots were prompted by a raid during the early morning at the Stonewall Inn, a gay bar in Greenwich Village, Manhattan. The riots served as a catalyst for the rights of LGBT people to remember what happened, and also celebrate gay pride.

For lesbian, gay, bisexual and transgender (LGBT) people, gay pride is a way of protesting about discrimination and violence. It promotes dignity, equal rights, self-affirmation and is a way of increasing society’s awareness of issues of discrimination.

Over the years since the event, many gay rights organizations have been formed not just in the US, but around the world.

The history of Pride begins in 1971, when the Community of Homophile Association of Toronto and Toronto Gay Action held a gathering at Hanlan’s Point. This eventful picnic evolved into an annual event that grew in size year after year.

In 1974, this annual picnic became Toronto’s first ‘Pride Event’. But Toronto’s actual Pride Week evolved out of the mass protests that followed the 1981 Toronto bathhouse raids.  It wasn’t until 1991 (10 years later) that the City of Toronto officially endorsed the annual Pride Day in Toronto.

Set up as a not-for-profit organization, Pride Toronto’s mission is to bring people together to celebrate the history, courage and diversity of our community. Today, Pride Toronto is not just the parade—it is a month of events.

Key Pride Toronto events usually take place in and around the junction of Church and Wellesley Streets (the “Village”). Cawthra Square Park, located beside the 519 Community Centre, is a large, tree-lined space that hosts many events. Toronto Pride Week isn’t limited to the Village. There are a number of themed events and activities in various downtown districts.