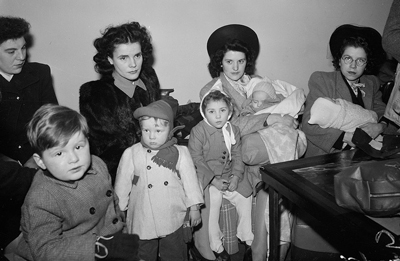 On November 11 (Remembrance Day), Canadians pause to remember the courageous sacrifices made by service men and women in armed conflicts. This year marks the 100th anniversary of World War I, 1919-2018, the war “to end all wars”.

The original name was Armistice Day, created to mark the date and time when armies stopped fighting World War I on November 11th at 11 a.m. in 1918 (the eleventh hour of the eleventh day of the eleventh month).

There are so many fascinating stories and memories, but among the more romantic, is the story of the “war brides”.

When World War II ended, 45,000 British and European women left their homes to start a new life in post-war Canada. Why? Each had fallen in love with a Canadian serviceman. Most were from Great Britain. In order to re-unite with their husbands, they set out alone to cross the Atlantic Ocean by ship, then board what was even known as a “war bride” train in order to reach their new homes.

Take the example of Walter and Iris. Walter was a Canadian serviceman, stationed in Ashtead, England. Walter met Iris (age 21) at a local pub around Christmas in 1942 and fell in love. After they married, Walter returned to fighting overseas while Iris worked in a cinema. After the war ended, Iris sailed for Canada. It took three weeks, and she was with 1,000 other war brides. Iris was met by Walter’s family (family she had never met before) and moved in with them until Walter returned home. Eventually, they set up their own home and started a family. Walter and Iris celebrated 66 years of marriage. Iris died in 2009. 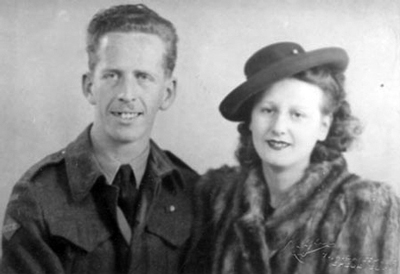 War brides, like Iris, had a lot in common. They were about the same age, and most were married when the war was at its height, often amid air raids and falling bombs. As one war bride recalls, “We spent our honeymoon attending London theatres and sightseeing. We were oh-so-young, and it didn’t matter to us that most nights we were serenaded with air raid sirens and the distant ‘crump’ of bombs”.

When the War Brides first arrived in Canada, organizations like the Red Cross, Women’s Institutes and the Salvation Army organized War Brides Clubs to provide lessons in French or English if needed, and Canadian culture. They provided a needed outlet for these young women to talk with each other, share experiences, and most of all, create friendships in a new country.

So this Remembrance Day, when you “remember” our heroes, remember the courage of the war brides and the tremendous contribution they made with their families as Canadian citizens.

Visit canadianwarbrides.com, the official Canadian War Brides site, for many stories and updates.