Spread a Little “Awesome” in Your Life 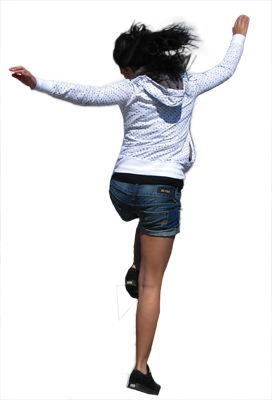 Thanksgiving is a holiday traditionally associa-ted with the harvest season. Today we surround ourselves with fine food, modern gadgets, a nicely decorated home, new car, and so on, but the one thing most important in everyone’s life is happiness.

Everyone, regardless of age or gender, rich or poor, has peaks and valleys in their daily lives. No matter how your day turns out to be, there is always some “awesome” that can help lighten you up and make you smile.

Let us spread a little ‘awesome’ story about the author of the national bestselling book, “The Book of Awesome”.

A young man, Neil Pascricha, faced sadness and tragedy in his life. In response, he decided to try and remember those things he was grateful for. Through a blog, he recorded everything around him that he thought was “awesome”.

At first, his only reader was his mother. Eventually the blog reached 10 million hits. He was awarded the Webby Award, the highest achievement for an online blog.

When asked, what was the most awesome thing about winning a Webby, Neil replied, “the whole night was so surreal. I was being interviewed on the red carpet next to Sarah Silverman, taking my picture with Jimmy Fallon, and Martha Stewart came up to me to discuss my blog.”

The awesome things Neil listed are not necessarily big or life changing. They are simple, unsentimental pick-me ups. They do remind us that there are many things in life, often simple things, that we just forget to be thankful for.

At this Thanksgiving, what is on your “awesome” list?