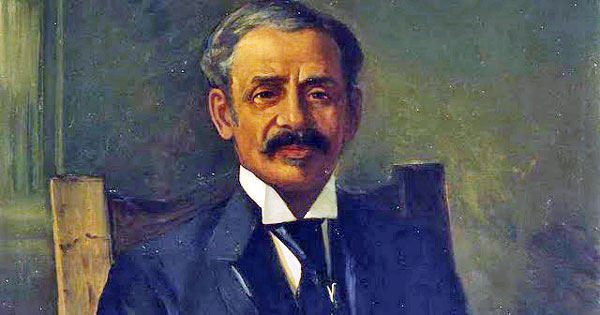 In 1837, a family of free slaves fled to Canada from Virginia, USA. They settled in as farmers in the area that eventually became Toronto. Five years later (in 1842), their son, William Peyton Hubbard, was born in a small rural cabin in the area around Bloor and Brunswick. At the time, the family was part of 1,000 African Canadians in a Toronto population of 40,000. Most, like the Hubbards, had come from the US via the Underground Railway.

Hubbard became a baker and a very successful businessman. He invented and patented a new commercial baker’s oven, the Hubbard Portable. But it is Hubbard’s contribution to the political life of the city, in its very early years, that is so remarkable.

He was encouraged to enter politics by George Brown, founder and editor of the Globe newspaper and one of the Fathers of Confederation. As the story goes, Hubbard saved his life one night when Brown’s horse drawn cart spilled into the Don River.

At the age of 52, Hubbard became the first non-white elected to public office in any major Canadian city. He would win 14 more elections.

In 1898, Hubbard served on Toronto’s powerful four-member Board of Control – then the city’s inner cabinet. He made tremendous contributions to the city. For example, he oversaw the move from cramped city hall in St. Lawrence Market to the handsome stone building at Queen and Bay, now called Old City Hall. He also was responsible for passing almost 100 civic initiatives in his years on council, pushing for improved waterworks and road upgrading in the city. 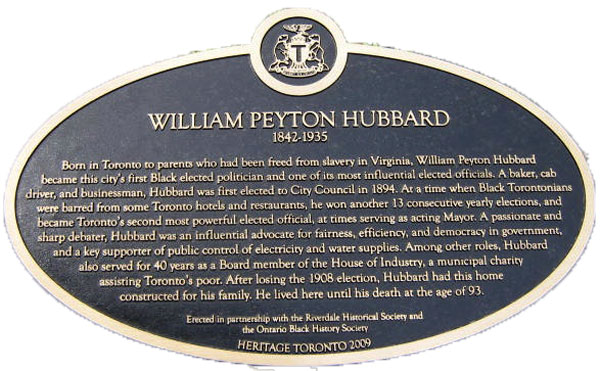 Today, an official oil painting of him hangs in the mayor’s office as a tribute to the courage, spirit, determination and accomplishments of the city’s first non-white elected official. There is Hubbard Blvd. running between Wineva Avenue and MacLean Avenue along the Boardwalk in the Beaches, and William Hubbard Park at the old Don Jail grounds and the Bridgepoint.