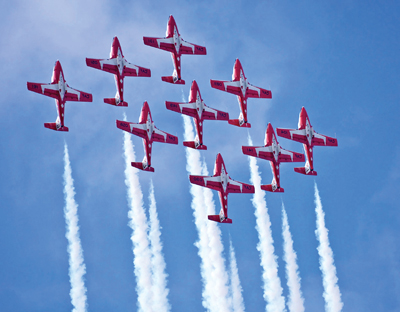 The Canadian National Exhibition is an 18-day fair that  takes place every August, concluding on Labour Day.

130 year History:
In 1878, the Provincial Agricultural Fair was held on what was to become Exhibition Place. This Provincial Fair moved each year to a different town or city, and in 1879, Ottawa was chosen as the host. In the same year the City of Toronto decided to hold its own annual fair, and the Canadian National Exhibition was born.

Exhibition Place covers 196.6 acres of land. During the CNE, when all parking areas are included, the size swells to 260 acres.

The CNE first exhibited televisions in 1939 as part of an RCA display. For many Torontonians, this was their first glimpse of an invention that would revolutionize communications. The CNE has served as a “Show Window of the Nation,” introducing Canadians to advances in science, technology, agriculture and industry as well as the latest trends in the arts and entertainment.

Throughout its 130 history, Exhibition Place was only closed to the public from 1942 to 1947 when it was used as a year-round military camp.

The CNE has grown to be the largest annual fair in Canada and the fourth largest in North America attracting approximately 1.3 million visitors each year. 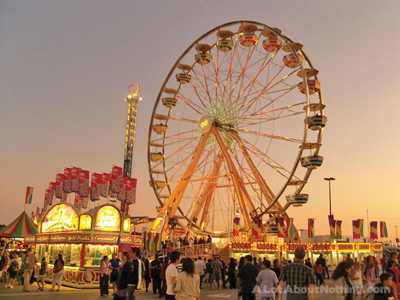 Reasons to visit the CNE: