Wave it. Map it. Celebrate it! 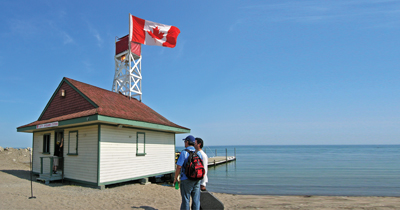 Canada’s flag is one of the most distinguishable icons in the world.  Unlke our U.S. neighbours, we’re not  always seen as big “flag wavers”. But think back to how you felt last February when our Olympic team won all those medals – men’s hockey, skating, skiing, women’s hockey, and more!

Let’s relive the moment when this country was united by Canadian pride. Channel that enthusiastic patriotism into Canada’s birthday this July 1!

Beaches|life challenges you and fellow Beachers to show your pride by waving the Canadian flag. Together on Google Maps, we can make the neighbourhood Canada’s first flag waving “hot spot”.

Let’s crank up the heat in 3 easy steps: 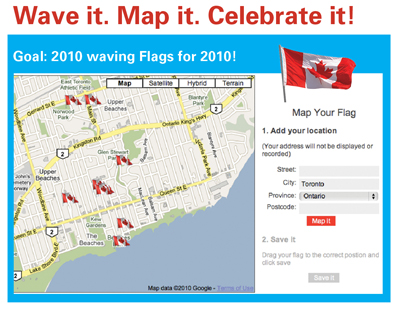 Put your flag on the map!

For the month of June and July 1, Beaches|life is asking all our readers to wave an “electronic” flag and put yourself on the map! It’s easy.

The Beaches community will prove to the rest of Toronto, Canada, and the world that we’re the MOST patriotic in the land!