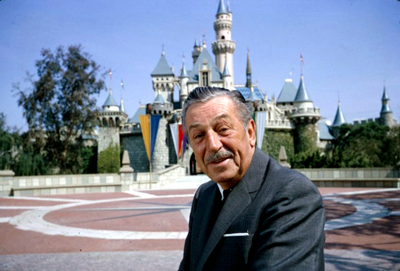 Commitment is a word we often hear these days. A company says it is “committed” to customer service, or we read about an individual’s “commitment” to a particular cause or interest. But there is a lot more to the word than simply stating it. The origin of commit is a promise or pledge that may take many years of hard work and patience to fulfill.

To truly succeed, we need to focus on how we get there as well as the goal outcome. Commitment is both the promise and the actions that go with it.

Consider the Story of Walt Disney, as an Example

Walter Elias “Walt” Disney was born on December 5, 1901. During his lifetime, Walt Disney founded Walt Disney Productions, won 22 Academy Awards, and was the founder of both Disneyland and Walt Disney World.

Walt Disney is a great example of commitment. He didn’t just set out a goal to create memorable characters and then wait for his dream to happen. He remained committed to his goal until the day he died. For many years of his life, this meant working toward his goal even when things didn’t go his way.

As a young man, for example, Walt was fired by a newspaper editor because “he lacked imagination and had no good ideas.” Then, when Walt Disney formed his first animation company, it failed so badly that he had to dissolve the company in order to pay his rent. Next, he created Mickey Mouse. But his beloved mouse was rejected by MGM studios because the executives in charge were afraid that a giant mouse on the screen would terrify women!

Even when Walt came up with his brilliant creation, Snow White, everyone around  told him that it was a bad idea. But when the movie was finally released, it received nothing short of a standing ovation. The success of the film allowed him to start on all of his other feature films.

There are many others, like Walt, who also show us the power of commitment. You may know some in your own life. It’s something each of us can strive for, even if we are not a famous animator.

Rather than thinking about your goal as a huge achievement, split it into smaller steps. Learn one chapter at a time, write a paper one section each day, take a course one season at a time. By dividing your large goals into smaller steps, you can get to the ultimate goal, no matter what detracts you along the way. And THAT is commitment!

“If you can dream it, you can do it. Always remember that this whole thing was started with a dream and a mouse.” – Walt Disney