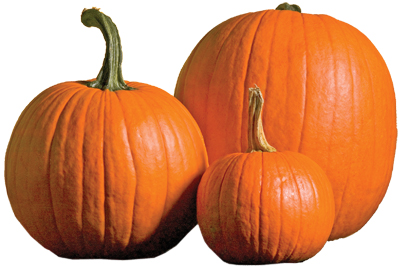 The tradition of Halloween Jack-O-Lanterns began in ancient Ireland where people carried carved lanterns on October 31 made out of turnips or beets to keep away evil spirits.  Centuries later when the Irish emigrated to North America, they switched to carving  pumpkins simply because there were more pumpkins available!

Imagine trying to carve out a turnip!

Pumpkins have been an important part of Halloween celebrations ever since.
Pumpkins, believed to have originated in North America, belong to the Cucurbitaceae family – the same as gourds. There are no fixed shape to pumpkins, they usually vary from being oblate to oblong. The rind is smooth, lightly ribbed and usually, orange or yellow in color. Eating pumpkins and pumpkin seeds have a lot of health and nutrition benefits.

Nutritional Value of Pumpkin
Given below is the amount of nutrients present in one cup of pumpkin (cooked, boiled and drained):